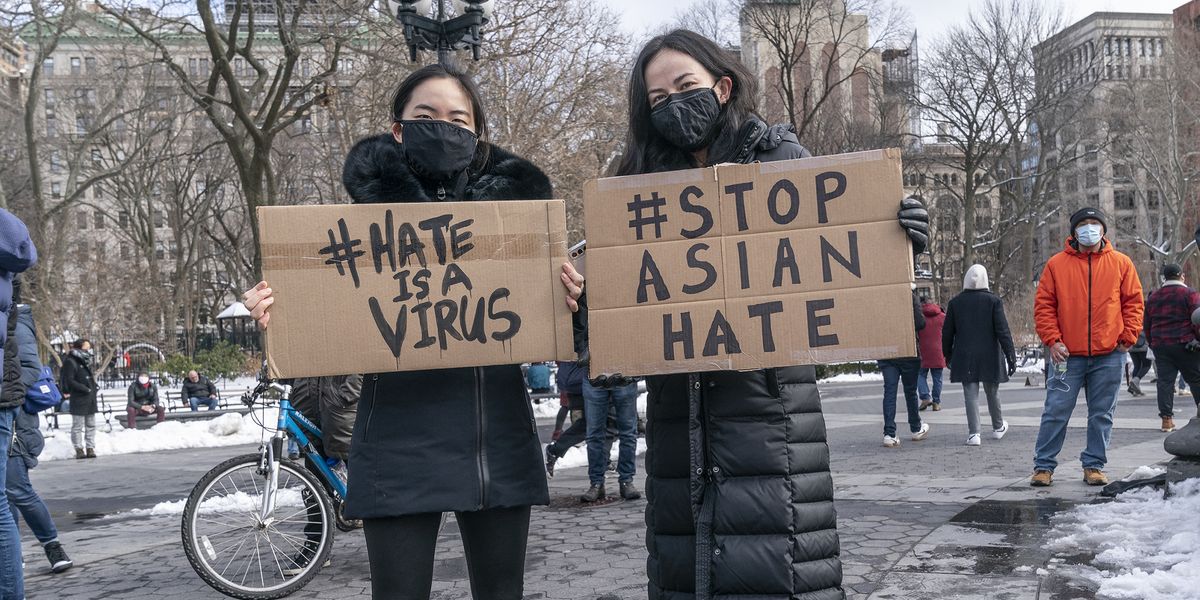 My Black students and colleagues taught me how to embrace my Asian American identity.

I used to think I needed to ‘adapt to whiteness.’ Now I know better.

As my eyes scanned the room, they focused on a boy in the back. He was a little stocky, taller than many of his peers with fuzzy, jet black hair refusing to lie flat. His dark eyebrows and narrow eyes reminded me of my little brother. But rather than his appearance, it was his location that drew my attention. He was at the back of the room, a single desk away from his classmates. Clearly, this child was being kept away from his peers — on purpose.

As I focused my eyes on him, I recognized the familiar responses: the tapping of his fingers, the bobbing of this head, the intentional grin on his face. All signals to the teacher to say, “This isn’t bothering me. You didn’t win. I’m just fine.” Body armor for children. I saw the not-so-subtle resistance to punishment and defiance of authority. I instantly felt something inside of me — something I initially recognized as anger.

Here I was in an unfamiliar Bay Area classroom — placed there for a week as part of a school leadership fellowship. The intensity of emotions surprised me, as I watched this boy I had never met buck the system to which I had learned to submit.

I didn’t know this child’s name, and I certainly didn’t know his family. But in a way, I did. His family was my family. His mother’s wrath was my mother’s wrath. His father’s stern gaze and steady tone was one I knew very well. His grandmother’s love and dreams for him were my grandmother’s love and dreams for me. The last thing my grandmother said to me as my family was getting ready to leave for America rang in my ears: “Don’t forget me.”

I walked closer to the boy. He looked up at me, clearly surprised to see me. His armor was still on. But he looked, and I looked, and I understood. I wasn’t angry with him. I was scared for him. I knew the power the teacher in the front of the room — a white woman, like so many I had in my educational career — had over this child. I knew she represented a system that could absolutely alter the course of his life. I knew that she and others could choose to discipline the child, suspend him, expel him, fail him, and that could severely limit his life choices and, in turn, devastate his family.

I don’t remember taking a class or seminar on how to adapt to whiteness as a child. But like the adaptation of language and culture, I intuited it. There were some explicit lessons for sure.

There was the time my dad, in a rare moment of vulnerability, shared with me his frustrations at work. “I used to think I was smart enough,” he said. “Then I realized that white men would always hold the power. And it didn’t matter how smart I was.” There were the countless times I’d be at a store with my mom, watching others disrespect, ignore, or cast her aside because of her accent. Then there were my friends’ casual comments: “I forget you’re not white.” I knew they meant it as a compliment. I never took it that way, but somehow, I also knew not to challenge them.

There was also the explicit anti-Blackness — the racist jokes that white friends seemed to feel totally comfortable saying to me; the “otherness” they created for Black communities that was taught to me; the seventh grade social studies teacher who told our class that “not all slaves were treated poorly”; the creation of magnet schools that further segregated students; the “parts of town” I was supposed to avoid — whether it was when I was growing up in Chicago or attending high school in Jackson, Tennessee.

Taken together, these experiences were a very effective curriculum — convincing me to erase my heritage, even in my own mind. I learned I was supposed to make my race, my language, my culture, my accent, my preferences, my opinions, my appearance, invisible — or at least palatable to whiteness. But over the past 12 years of teaching and leading schools in Memphis, I’ve started to reclaim my identity. I’ve started to remember and honor my lineage, to celebrate my culture, to value my own voice, and to explore what it means to be a Korean American. And it was the Black community that taught me how.

The often-erased history of Asian hate in this country — the Chinese men recruited as cheap labor to build the railroads (often under terrible working conditions), the Chinese Exclusion Act of 1882, the Japanese internment camps during World War II — leads to the model minority myth. Buoyed by white supremacist ideals, this falsehood erases the hardships Asian American and Pacific Islanders in this country faced. It also harms other people of color by seeking to claim that America is now post-racial. Where racism no longer exists, some contend, policies such as affirmative action or laws that bar discrimination in employment and housing are no longer needed.

In the recent surge of hate crimes toward the Asian American and Pacific Islander, or AAPI, community — targeting elderly individuals and women in particular — it is the Black community coming to stand with us. And it’s happening despite the AAPI community’s longstanding, deeply problematic, and fundamentally flawed complicity in white supremacy. That complicity comes either from a feeling of powerlessness or a willful ignorance because you don’t see how it impacts you directly. What complicity doesn’t account for, however, is the steep price you pay to silence your own objections and ignore your own emotions.

It was my South Memphis 11th grade students’ resistance to “standard” English that made me think more deeply about the connection between language and culture. It was listening to alumni of historic Memphis high schools speak about middle-class and affluent Black neighborhoods that got me thinking about what happened to once-thriving Black Memphis communities. It was listening to a Black woman teach and unpack the term “microaggression” for the first time in my life that put language to my pain. It was watching Black Lives Matter protesters stand against forces of whiteness and white supremacy that made me realize we could push back. We don’t have to accept whiteness. We don’t have to conform or assimilate. In fact, we shouldn’t. We can resist. We can fight.

This country may have given me citizenship, but it was (and remains to this day) my students, their families, and my Black colleagues who taught me how to be free.

This article was originally posted on My Black students and colleagues taught me how to embrace my Asian American identity.