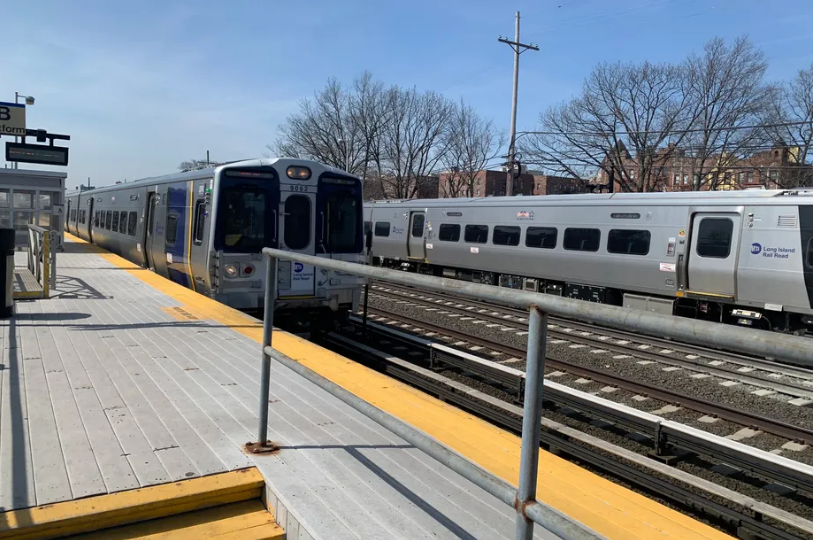 The MTA is exploring ways to increase the number of passengers at commuter rail stations in Queens, Brooklyn and Bronx neighborhoods that lack easy access to the subway.

MTA Chairman Patrick Foye recently said on the  “Recalibrating Reality” podcast that the agency is “poised to have [the commuter railroads] do more” as part of a long-term “relook” at fares and commuting patterns that have shifted during a pandemic.

Elected officials and transit advocates have long pushed for expanding to Metro-North stations in The Bronx a nearly three-year-old program that offers discounted Long Island Rail Road trips between Southeast Queens and Brooklyn. They tout it as a possible draw for New Yorkers seeking more space during the commute — especially with 80,000 city employees expected to return to in-person work in early May.

“We don’t need to see the E train at capacity, we’re trying to stop the spread,” Queens Borough President Donovan Richards told THE CITY. “So the commuter trains can relieve some of that pressure.”

“There is definitely a role for stations in those boroughs that are not in subway-served areas — a big role,” said Andrew Albert of the New York City Transit Riders Council, a part of the Permanent Citizens Advisory Committee to the MTA (PCAC).

MTA officials testified before the City Council this week that the “Outerborough Transportation Account” — which was created to give rebates to commuter rail riders in Queens, Brooklyn and The Bronx — has not been funded this year because of a lack of revenue from taxi and for-hire vehicle rides hamstrung by the coronavirus crisis.

Passed by the state legislature in 2019, the program adds surcharges to every trip in a taxi or for-hire vehicle below 96th Street in Manhattan, with some of the funds allotted for discounts on LIRR and Metro-North rides within the five boroughs.

But because of the drop in taxi and for-hire vehicle trips as the city shut down over the past year, MTA budget documents show those funds are not expected to materialize until next year at the earliest.

In June 2018, the Transit Riders Council helped establish the Atlantic Ticket, which offers discounted $5 one-way tickets on the LIRR between any of 10 commuter rail stations in Brooklyn and Southeast Queens.

According to MTA figures, there have been 2.7 million rides via Atlantic Ticket since 2018, up only slightly since May. Foye said the MTA has “every intention” of continuing the program, but acknowledged that additional service is needed.

The coronavirus crisis has sunk ridership on the Long Island Rail Road by more than 70% and on Metro-North by nearly 80%.

“People may not travel every day into the office anymore, but they may want something that gives them flexibility over the course of two to three months,” said Lisa Daglian, executive director of the PCAC.

For residents in Hollis, Queens — one of the neighborhoods whose LIRR station offers the Atlantic Ticket — connecting by bus to the subway system remains the preferred and more affordable option for many.

“People don’t want to use the railroad, because of the price,” said Joey Kaladeen, 52, who lives near the Hollis station. “But if I want to get someplace faster, then I will use it.”

“The railroad would be a good option if the price is right,” said Rady Serra, 43, a building super who said he sometimes takes the LIRR from Woodside to Hollis  — a trip not currently covered by the discount program. “And who wants to be on a train that’s crowded?”

Meanwhile, the MTA has plans to add four Metro-North stations in The Bronx as part of the Penn Access project to eventually bring trains from the commuter rail line into Penn Station, rather than just Grand Central Terminal.

“The regular commuter they looked at for Long Island Rail Road and Metro-North is definitely changing,” Comrie told THE CITY. “We really want to do everything we can to change the paradigm of the MTA so they can embrace the new realities of the situation.”