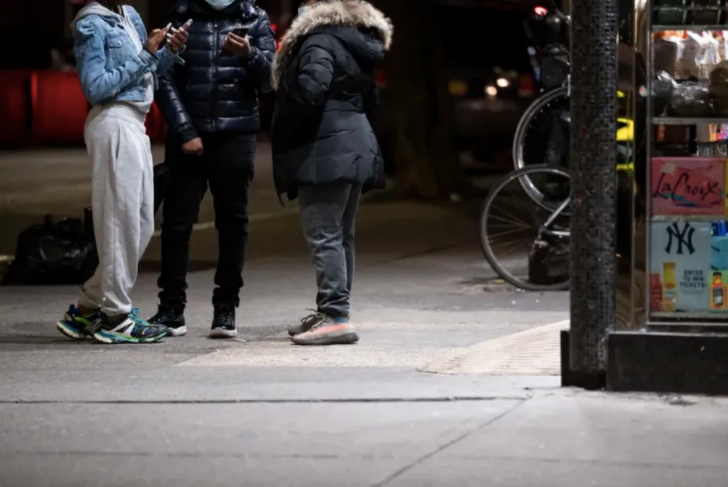 Mayor Bill de Blasio is looking at ways to get phones seized from youths by cops back in kids’ hands quicker following THE CITY’s report detailing the disruptions caused by confiscation of mobile devices.

When arrestees’ cell phones are grabbed by cops and kept as evidence — often for months on end — the effects can be devastating, families, advocates and legal experts told THE CITY. Not only is it harder to keep up with remote classes amid the pandemic and stay in touch with the legal system, but dire social and financial impacts can follow.

In a statement emailed Thursday, de Blasio spokesperson Avery Cohen said the Mayor’s Office is “reviewing internal procedures to see how, if at all, the process can be expedited given the [virus-related] disruption to the criminal justice system.”

Earlier in the week, the mayor told NY1, “I don’t want to see a kid’s property, a family’s property withheld from them inappropriately. So, we’ll go over that carefully and come back with more information.”

Advocates told THE CITY that without a way to connect to the court system, mandated services, probation or school, not having a phone only increases the likelihood of a minor ending up behind bars.

The practice of holding phones with little-to-no reason has also stirred concerns among privacy and surveillance watchdogs, many of whom have called to end the NYPD’s expanding DNA and gang databases.

Cohen called the issue one of the “major repercussions that the pandemic has had on the justice system,” parts of which have ground to a halt as courts and other related offices closed due to coronavirus restrictions.

Lawyers who represent kids note that the pandemic worsened the fallout from phone seizures, but said indiscriminate confiscations were a problem long before the coronavirus crisis.

“This is not a new issue. This is not a pandemic issue…. It’s not like it’s the first time that it’s been brought to their attention,” said Martin Feinman, director of juvenile justice training for The Legal Aid Society, the largest public defender organization in the city.

“If anything, it’s heightened some of the concerns because it means that kids without their cell phones are at greater risk than they were before the pandemic,” he added.

Phones, he noted, allow kids to both check in with support networks as well as court-mandated programs and other monitoring.

‘These Phones Are Crucial’

“The NYPD should make this a priority and take steps to fix this immediately,” a spokesperson for Council Speaker Corey Johnson (D-Manhattan) wrote Thursday.

“As the story clearly illustrated, these phones are crucial to these young New Yorkers, particularly during COVID,” Johnson’s rep said, citing THE CITY’s reporting of the personal, educational and financial issues caused when phones are locked away.

And on Friday, the chairs of the City Council committees on General Welfare, Public Safety and Oversight and Investigations joined calls for transparency.

Councilmembers Stephen Levin, Adrienne Adams and Vanessa Gibson sent a letter to Shea requesting further data on property seizures, which have “a severe impact on these youth and their families.”

The missive demands the NYPD report the age, race and gender of the owner of any items confiscated, as well as the average time devices are held.

The Council members also want to know how many mobile devices taken as “evidence” are property of the Department of Education, which distributed thousands of iPads to help bridge the digital divide when remote classes started last year.

According to the limited NYPD data available, some 55,000 cell phones were seized by the NYPD in 2020 from New Yorkers young and old — 60% of which have been returned.

“The idea that young people’s phones and devices, lifelines in the pandemic, are sitting in evidence lockers for extended unnecessary lengths is unacceptable,” said Levin, chair of the City Council’s General Welfare Committee, which oversees juvenile justice.

“We need answers as to how widespread this is and how to make sure the NYPD is following the law by being diligent and transparent in how they classify people’s property.”

This article was originally posted on Mayor, City Council dial up anger over NYPD phone seizures