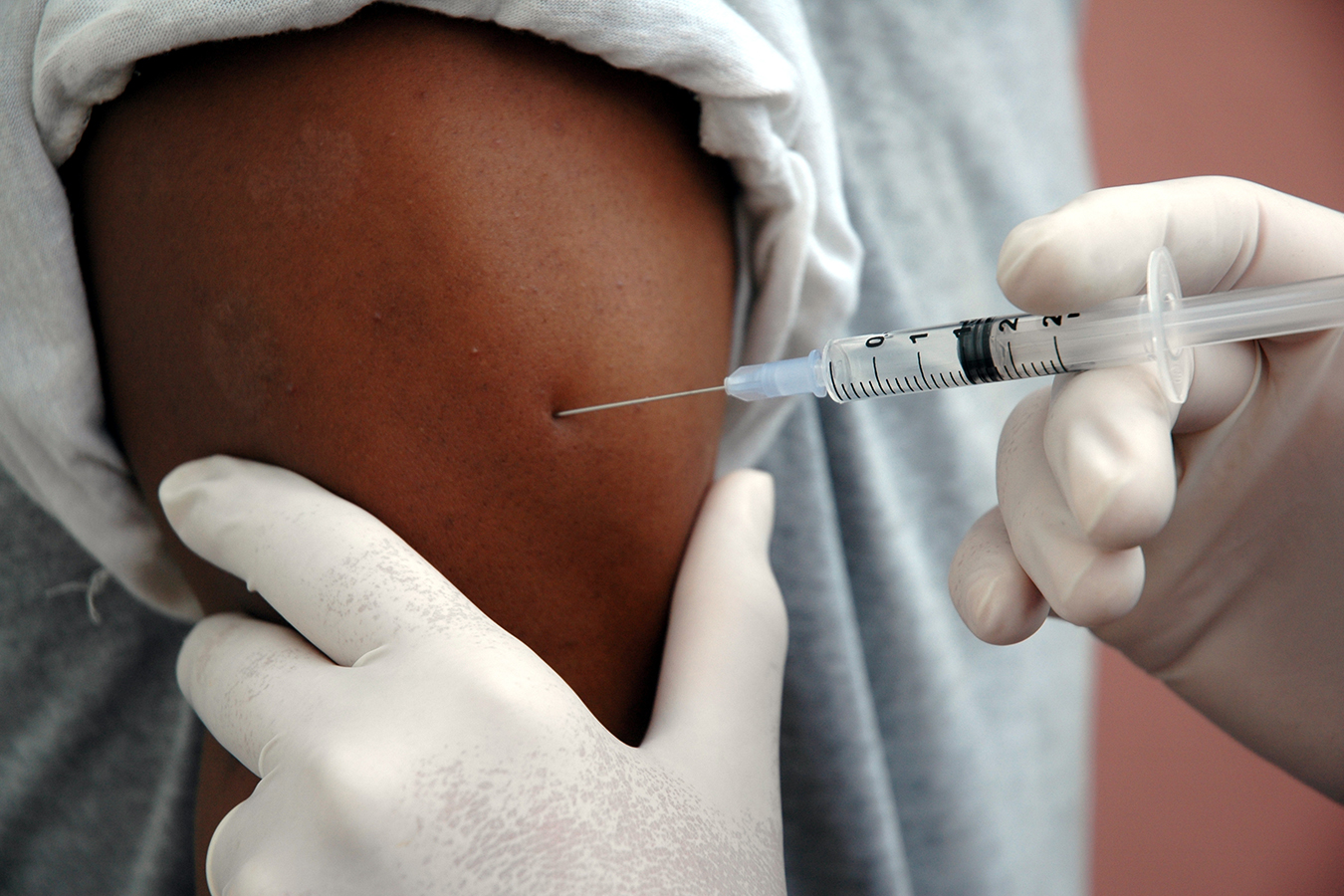 Black Americans have been the least inclined of any racial or ethnic group to say they’d get vaccinated against the coronavirus. The proportion of Black people who said they’ll probably or definitely take the shot has risen over time – but even by mid-January, with two COVID-19 vaccines authorized for emergency use in the U.S., only 35% of Black survey respondents said they’d get it as soon as they could, or already had gotten the shot.

At the same time, the COVID-19 pandemic has disproportionately harmed Black, Indigenous and other people of color in comparison to white members of American society. With Black Americans being hospitalized at rates 2.9 times higher than white Americans and dying from COVID-19 at rates 1.9 times higher, you might assume that Black people would be lining up at breakneck speed to receive the vaccine as soon as it’s available to them.

But the Black community has reasons for distrust – even beyond what might be attributed to the mixed messaging of the nation’s COVID-19 response. And it’s not a simple or sole matter of miseducation. I’m a medical humanist and bioethicist who studies history, ethics and literature to understand racial and gender health disparities. My research explores the history of unethical and abusive treatment Black Americans have experienced at the hands of the medical establishment. Based on past experience, Black people have many legitimate reasons to be in no hurry to get the vaccination.

The American medical establishment has a long history of unethical treatment of Black research subjects. Medical ethicist Harriet A. Washington details some of the most egregious examples in her book “Medical Apartheid.” There’s the now notorious Tuskegee syphilis experiment, in which the government misled Black male patients to believe they were receiving treatment for syphilis when, in fact, they were not. That study went on for a total of 40 years, continuing even after a cure for syphilis was developed in the 1940s.

Perhaps less widely known are the unethical and unjustified experiments J. Marion Sims performed on enslaved women in 1800s U.S. that helped earn him the nickname the “father of modern gynecology.” Sims performed experimental vesicovaginal fistula surgery on enslaved women without anesthesia or even the basic standard of care typical for the time.

Sims experimented on Anarcha, a 17-year-old slave, over 30 times. His decision not to give anesthesia was based on the racist assumption that Black people experience less pain than their white peers – a belief that persists among medical professionals today. Historian Deirdre Cooper Owens elaborates on this case and many other ways Black women’s bodies have been used as guinea pigs in her book “Medical Bondage.”

Cases of medical malfeasance and malevolence have persisted, even after the establishment of the Nuremburg code, a set of medical ethical principles developed after World War II and subsequent trials for crimes against humanity.

In 1951, doctors harvested cervical cancer cells from a Black woman named Henrietta Lacks without her permission. Researchers went on to use them to create the first immortal cell culture and subjected her descendants to ongoing study for years without informed consent. Investigative journalist Rebecca Skloot details the cascade of ethical violations in her book “The Immortal Life of Henrietta Lacks.” Despite heightened awareness after the book’s publication, the ethical violations continued when a group of scientists mapped the HeLa genome without her family’s knowledge or consent.

Advances in genomics are still being used to resuscitate theories of racial “science.” For example, a now-debunked 2007 study purported to isolate a so-called “warrior gene” in Maori Indigenous men and argued they are genetically “hard-wired” for violence. Scientists and news outlets in the U.S. jumped on board, suggesting there’s a genetic predisposition for Black and Latino males to engage in gang activity.

Legal scholar Dorothy E. Roberts explains in her book “Fatal Invention” how incidents like this one perpetuate the harm of race-based science. Using biological data and flawed reasoning tainted by racial stereotyping reinforces racist beliefs about Black people. Such logic focuses on purely biological factors and ignores the social and systemic factors that produce negative and inequitable health outcomes.

While there is now an ample body of scholarly research that reveals these truths about racism in the medical establishment, Black Americans need only to gather around the kitchen table with a few friends and family to share and hear personally experienced stories of medical malfeasance.

Even though their experiences at the hands of researchers like J. Marion Sims were central to advances in modern gynecology, today Black women have not benefited from these advances to the same degree as white women. Black women still suffer worse outcomes and more deaths from gynecologic cancers and have worse health and more deaths affiliated with childbearing, just to name two.

When tennis star Serena Williams gave birth, she saw firsthand how Black women are disbelieved by the medical establishment. She might have died from postpartum blood clots if she hadn’t advocated for herself in the face of dismissive medical professionals.

Black people are acutely aware of this history of racism in the medical establishment, and the ways it persists today on both an individual and a collective level. Stereotypes about Black patients, whether the result of explicit or implicit bias, continue to affect the care they receive and their medical outcomes. Again and again, when surveyed, Black Americans report that medical providers don’t believe them, won’t prescribe necessary treatments, including pain medication, and blame them for their health problems.

And the association between racism and increased disease cases and deaths has held true during the COVID-19 pandemic.

Ongoing trust issues around the COVID-19 vaccines are just the latest indication of racial health disparities in the U.S.

Still, there are ways to begin to close the COVID-19 racial health and mortality gap. Vaccinations for Black people may otherwise continue to lag in proportion to population size.

An important first step is for health care workers and policymakers to learn these painful histories and develop strategies informed by an understanding of the systemic racism Black Americans face.