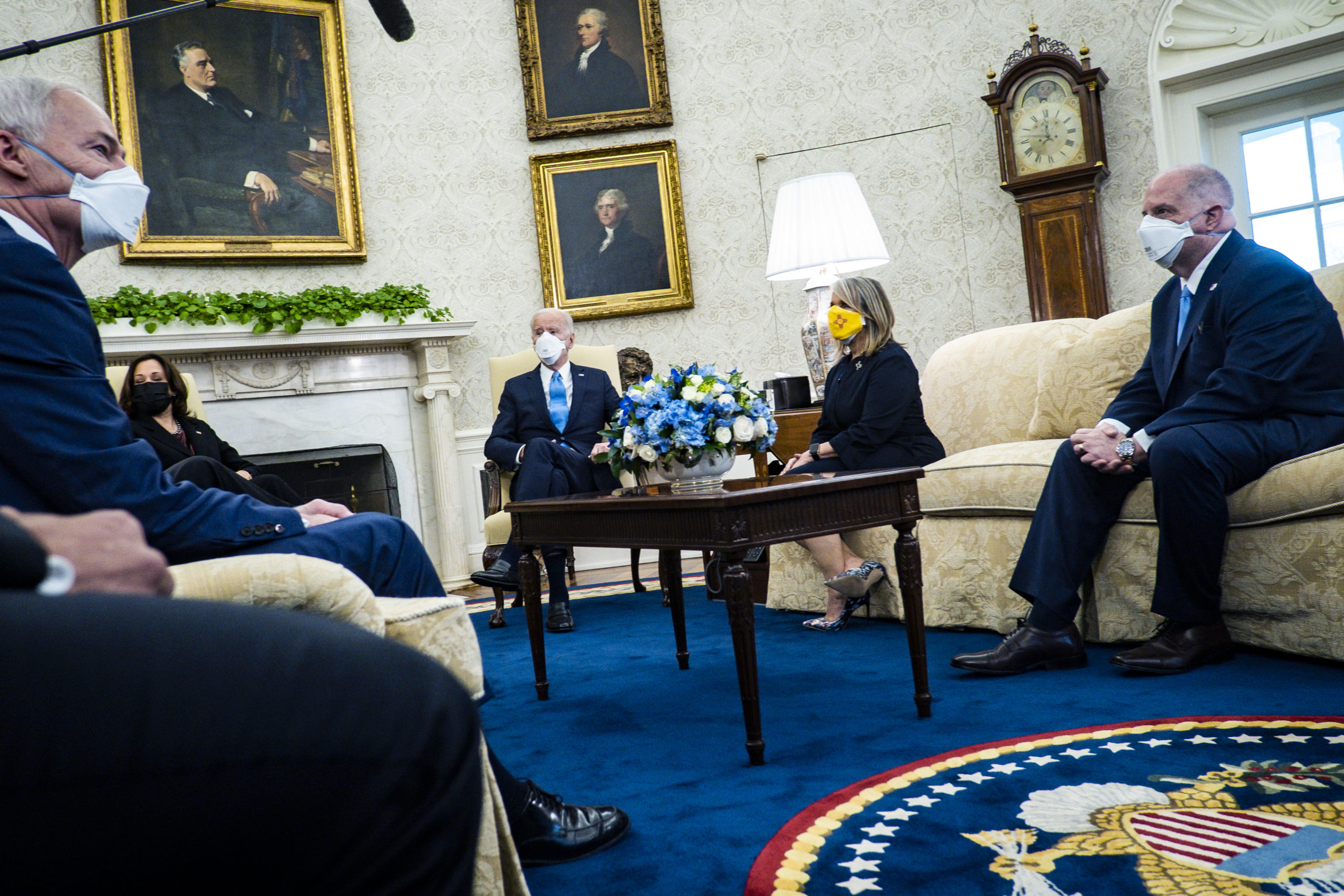 Gov. Michelle Lujan Grisham joined a handful of governors and mayors in a meeting to discuss COVID-19 relief with President Joe Biden and Vice President Kamala Harris in the White House.

Biden praised the mayors and governors and said “these are the folks that are on the ground dealing with it every single, solitary day.”

Lujan Grisham responded to the meeting in a statement.

“I was humbled to represent New Mexicans in the Oval Office this afternoon and to advocate for the direct aid our businesses, front-line workers, local governments and tribal governments desperately need. President Biden made it very clear to me directly: His government wants New Mexico to succeed in our struggle against COVID-19 and he and his administration are fighting in Congress to get New Mexicans every resource we need as part of our ongoing economic recovery after this year of crisis.”

The president emphasized the importance of getting vaccines out to Americans.

“But equally consequential is that we need to help the states economically in terms of unemployment to being able to ensure they’re able to get back to schools, what role the federal government should play in helping getting that done,” Biden said.

The U.S. Centers for Disease Control and Prevention released guidance on reopening schools for in-person instruction on Friday.

New Mexico allowed local school boards to decide whether students should return to in-person instruction as part of a hybrid model this week.

The CDC guidance says states should emphasize mitigation strategies and said vaccination of school staff was not necessary to open, but that it should happen “as soon as supply allows.”

Lujan Grisham said that she and other governors “across the political spectrum” have consistently advocated for direct relief.

The Biden administration has proposed $350 million in aid for state and local governments.

The White House and others emphasized that the meeting was bipartisan—in addition to Lujan Grisham and Democratic Gov. Andrew Cuomo of New York, Republican Governors Larry Hogan of Maryland and Asa Huchinson of Arkansas attended the meeting. The mayors who attended were Democrats Keisha Lance Bottoms of Atlanta, Latoya Cantrell of New Orleans and Mike Duggan of Detroit along with Republicans Francis Suarez or Miami and Jeff Williams of Arlington.

New Mexico is also working to provide COVID-19 relief. The Senate passed three pandemic relief bills to the House earlier this week and House Democratic leadership indicated that it would move quickly through that chamber.

New Mexico Speaker of the House Brian Egolf gave each of the three bills just one committee assignment, an indication that the bills won’t face any obstacles on their way to passage, and Lujan Grisham’s desk.

Lujan Grisham’s office said this week that the meeting in the White House was the first time she has left the state of New Mexico since the beginning of the COVID-19 pandemic.

This week, the state Department of Health announced it would no longer require a quarantine for out-of-state travels from high-risk states, but still highly recommended travelers from out of state quarantine.