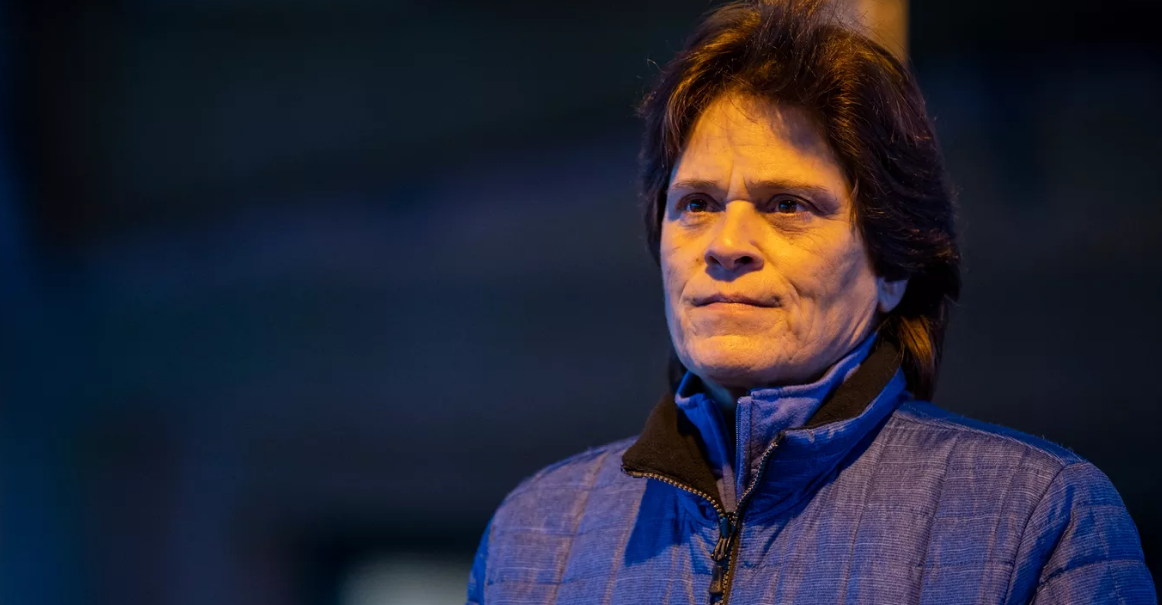 On 9/11, he was on the 76th floor when the first plane struck the neighboring North Tower, and he narrowly escaped before the second plane hit his building. Sadler later developed thyroid cancer and asthma, among a host of other long-term illnesses.

Sadler and thousands of other survivors of the terror attacks became eligible for the COVID-19 vaccine in mid-February as part of the state’s move to expand vaccine access to people with serious health conditions, including 9/11-related cancers that make them more vulnerable to the coronavirus.

But the World Trade Center Health Program, which provides health care for the more than 105,000 survivors and responders enrolled, doesn’t have its own COVID-19 vaccine program — and it does not help members determine whether, when or where they can get the vaccine.

In response to questions from THE CITY and Columbia Journalism Investigations, the WTC Health Program said it is planning to send verification letters in the coming weeks to members with 9/11-related illnesses, to help with scheduling and confirming vaccine appointments. But the program says it “cannot guarantee that the letter will meet specific state or locality requirements for documentation.”

Even with new mass-vaccination sites recently opened in Brooklyn and Queens, with four other federally funded centers in Albany, Buffalo, Rochester and Yonkers to follow in March. But for many seeking the vaccine, appointments can be elusive.

Sadler, who calls himself “not computer-literate like many people,” spends his days trying — and failing — to book a vaccine appointment through the state’s dashboard. He said he calls local pharmacies, hospitals and the state’s vaccine hotline number at all hours, to no avail.

“The governor needs to put together a hotline that [9/11] first responders and survivors can go to and not have to deal with these — and pardon my language — but damn computers,” he said.

Sadler is hoping to avoid the virus. As of Feb. 12, at least 3,772 9/11 survivors and responders had contracted COVID-19, according to the WTC Health Program.

Last September, as part of the MISSING THEM project to memorialize every New Yorker who died due to COVID-19, THE CITY first found 42 Sept. 11 survivors among them. Since then, the number has grown to at least 58 people, according to reporting done for MISSING THEM, a collaboration of THE CITY, Columbia Journalism School and the Craig Newmark Graduate School of Journalism at CUNY.

Michael Barasch, a managing partner at Barasch & McGarry, which represents 9/11 survivors applying to the separate Victim Compensation Fund, said more than 100 clients have died due to COVID-19. And many of his surviving clients are having trouble navigating New York’s vaccine websites and call centers, he said.

“Create a hotline, how hard is that?” Barasch asked. “They may not make it until the end of July.”

Will Burns, a spokesperson for Gov. Andrew Cuomo, said, “We encourage 9/11-specific clinics to coordinate with their local health departments on vaccinations.”

His office did not respond when asked if it would create a separate hotline for 9/11 responders and survivors. The state’s current hotline system prioritizes people 75 and older.

While estimates on the number of 9/11 survivors killed by the pandemic vary, volunteers like Claudia Thomas have played a key role in tracking the effect of the coronavirus among that population — and honoring those that have died from COVID-19.

Thomas, a former firefighter and EMT from out of state, said she spent several weeks working at Ground Zero as a volunteer with the Port Authority. In 2007, she started a Facebook group for responders and survivors, later renamed the 9/11 Rescue Workers & Friends Forum.

Hundreds of people quickly joined the group to share health care tips and information. “The questions were: Has anyone else got what I got?” Thomas said. “Who else is like me? What can we do to fix this?”

Over time, the group has ballooned to more than 7,000 members, many of whom heatedly debate the latest vaccine news from the Cuomo administration. Thomas, who said she has been diagnosed with lung disease and other illnesses related to her work at Ground Zero, plans to wait to get the vaccine.

One of the group’s top administrators, former NYPD Officer Julia Barbuto, wants to get vaccinated. For years, she has suffered from multiple illnesses related to her work at Ground Zero, including an autoimmune condition, heart disease and gastroesophageal reflux disease.

Seymour “Sy” Collins worked for decades as an EMT in New York City after immigrating to the city from London as a teenager, said his daughter, Regina Barnett. He was at Ground Zero almost every day, helping Harlem Hospital Station 18 with recovery efforts.

A few years later, Collins developed a series of illnesses, including prostate cancer and chronic obstructive pulmonary disease. Though his illnesses worsened over time, he got a job as an EMS instructor at FDNY High School for Fire & Life Safety in Brooklyn.

When his health further deteriorated, he moved into a Staten island nursing home, Golden Gate Rehabilitation and Health Care Center.

Search the Names of New Yorkers Lost to COVID-19

Last spring, Barnett drove to New York City to move her father out of his nursing home, fearing that he might catch COVID-19 there. Two days before she was scheduled to leave her home in North Carolina, Collins tested positive, she said.

While he was sick with COVID-19, Collins repeatedly called his daughter, saying he was in pain from a neck injury he sustained before his coronavirus diagnosis.

He died from complications related to COVID-19 on May 26 at Mount Sinai Hospital in Manhattan. Though Barnett drove to New York City to be with her father, she was unable to visit him before he succumbed at age 63.

“He saved a lot of people’s lives,” she said. “He shouldn’t have gone out like that.”