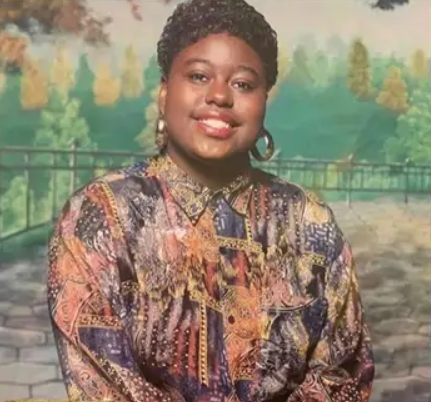 Lawyer for George Floyd’s family wants to turn attention back to case of Pamela Turner, a Texas woman killed by police in 2019

Turner’s death was partially captured on video by a bystander. Crump is representing Turner’s family in a federal lawsuit filed earlier this year against officer Juan Delacruz, the city of Baytown and the managers of the apartment complex where the shooting took place. The trial is set to begin on May 25, exactly one year after Floyd’s murder.

According to a 2019 KHOU video, Baytown Lt. Steve Dorris said that Delacruz confronted Turner, 44, in the parking lot of an apartment complex where they both lived. Delacruz tased Turner, and the two began to struggle, Dorris said. The Baytown Police Department alleges that Turner then seized the Taser and attempted to deploy it on Delacruz, who then shot her five times.

The New York Times reported that Dorris could not confirm whether Turner actually tased Delacruz, and lawyers for her family allege that Turner would not have been able to manually reload the taser in order to use it in the altercation.

“Our officer was tased, and you have to understand what a Taser is. It’s a weapon designed to incapacitate people. The question is: ‘Was the officer in fear for his life?’ I think a logical person would say yes,” Dorris said to Click2Houston.

A grand jury indicted Delacruz for one count of aggravated assault by a public servant in September 2020, over a year after the shooting, according to Associated Press. Kim Ogg, the Harris County district attorney, said at the time that her office would be moving forward with prosecution.

Attorneys for Delacruz have alleged that the shooting was self defense.

Turner’s family alleges that the woman, who had been diagnosed with paranoid schizophrenia, was suffering from a mental health crisis at the time.

Crump said he hoped Chauvin’s conviction would be a precedent for other cases of police shootings and stated he would hold a march for justice for Black women, including Turner and Breonna Taylor, an emergency medical worker who was shot and killed by Louisville police officers last March. Her mother, Tamika Palmer, joined Turner’s family at the press conference announcing their lawsuit earlier this year.

Chelsea Rubin, Turner’s daughter, told The 19th that she hoped the lawsuit would bring her family closure over her mother’s death.

“It’s been two years coming up since my mom’s death,” she said. “I’m not trying to wait anymore.”

This article was originally posted on Lawyer for George Floyd’s family wants to turn attention back to case of Pamela Turner, a Texas woman killed by police in 2019