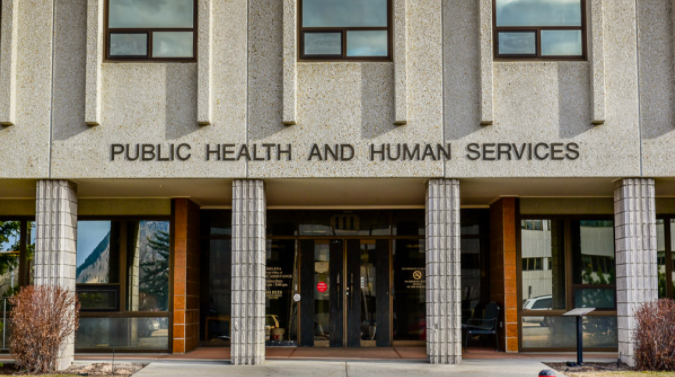 With bills under consideration in the state House and Senate, Republican lawmakers are promoting policies tried in other states, such as requiring child support cooperation as a precondition for food benefits, and implementing an extensive process for evaluating a person’s qualifications to receive assistance through Medicaid, the Children’s Health Insurance Program, SNAP benefits, and Temporary Assistance for Needy Families.

Smith’s proposal, as originally written, would have required the Department of Public Health and Human Services to create a process for cross-checking an applicant’s eligibility details with more than a dozen state and federal departmental databases, a task that could also be outsourced to a contractor. Operating expenses and personnel services required to implement the original version of SB 100, according to a fiscal analysis conducted by the department, would top $6.5 million in the first year of the biennium.

Proponents said that is a small price to pay for how successfully the bill will identify waste, abuse and fraud among public assistance recipients. The DPHHS analysis estimates the program would eventually save the state General Fund about $4.8 million a year as the department spends less on social service programs.

“This bill will rapidly and noticeably increase program integrity in Montana today,” said Scott Centorino, a representative of the Opportunity Solutions Project, in testimony to lawmakers. The group is the lobbying arm of the national conservative policy group Foundation for Government Accountability (FGA), which helped craft Cary’s bill, according to publicly available emails exchanged during the drafting process.

In his testimony to lawmakers, Centorino noted that Medicaid recipients in Montana have been vetted at the time of their initial application and once every 12 months thereafter, as historically required by the Affordable Care Act.

“Once every 12 months,” Centorino said. “That doesn’t make sense in a world where especially able-bodied adults get raises, new jobs, they get married, they move, their lives change … I’ve seen this play out in state after state. It turns out, the less you look for welfare fraud and waste, the less you find.”

SB 100 received a highly contentious initial hearing in January, during which Centorino was the sole proponent and nearly a dozen people testified in opposition. Because of the number of people speaking against the bill, testimony was limited to two minutes, sparking frustration among health care providers and advocates who struggled to explain their extensive concerns about the policy.

“There are so many aspects of this bill that, while framed with good intentions, are actually about kicking people off of public assistance and reflect a deep misunderstanding of the realities of lives lived in Montana,” said Kelsen Young, executive director of the Montana Coalition Against Domestic and Sexual Violence. “… This bill is offensive. And I ask you to please reconsider passing this out of your committee.”

After that hearing, the committee refrained from voting on SB 100 for a month. On Tuesday, an extensive draft amendment was published online, which removes some of the proposals opponents described as especially offensive or burdensome. The new version of the bill, if adopted, would cross-check eligibility every six months instead of quarterly. The department would no longer be required to remove someone from an assistance program if a discrepancy about their eligibility is unresolved after 10 days. The revised bill also removes language requiring that a contractor who implements the new verification system find savings that are greater than the state’s annual costs, a provision opponents said would incentivize finding more reasons to strip away public assistance.

Originally, the Department of Public Health and Human Services estimated that SB 100 would identify approximately 50 cases of suspected fraud by beneficiaries every year. More notably, the department outlined the possibility that thousands of children and adults would be removed from Medicaid programs every month due to discrepancies with eligibility checks. Even in its revised version, policy experts and advocates say, the bill would still place an undue burden on people applying for public assistance, and may result in eligible people getting pushed out of the system.

“In short, the amendments don’t fix the bill or the bad consequences for low-income people needing the assistance,” Young said in a statement to Montana Free Press. “[T]he amendments still make it so all the various [requirements] have to be checked before a person is even eligible for assistance.”

Enhancing eligibility verification for people receiving public assistance is not a new idea. Several states have implemented similar systems, including Arkansas and Illinois, based on model legislation and talking points crafted by the FGA. Advocates for the policy change say public aid should be available for the people who are most in need, particularly in states with extensive wait-lists for services and limited funds for matching the federal investment in assistance programs.

“By enacting measures to protect welfare integrity and lock fraudsters out of the system, states can help protect the truly needy, ensuring resources are available for those who need them the most,” an FGA policy brief reads.

The solution, according to Centorino and his colleagues, is to add additional steps and procedures to weed out applicants or recipients who do not qualify for benefits and a smaller number of people who are intentionally abusing the system. In other states, FGA reports, tens of thousands of people have been removed from benefit rolls after being deemed ineligible under the newly implemented system.

Opponents, in testimony to lawmakers in January, rejected Centorino’s premise that SB 100 would shore up program integrity. Rather, they said, the bill proposes using a blunt tactic that would result in thousands of deserving Montanans being blocked from aid because of administrative complications and errors rather than true ineligibility.

The bulk of anticipated savings from the original bill, according to the department’s calculations, will come from the monthly removal of 2,525 children and 3,118 adults from Medicaid rolls, roughly 20% of whom, along with SNAP recipients, are expected to re-apply for benefits within four months, creating what the department called “a significant increase in caseload churn” and additional work for department employees.

“This is an additional 31,000 applications a year, just for SNAP and Medicaid, for people who are on the program, eligible for the program, but lost benefits due to errors in the system created under this bill,” said Lorianne Burhop, chief policy officer at the Montana Food Bank Network, who characterized the increased workload for DPHHS as “an enormous waste” of resources.

“Increased red tape, flawed verification processes and the inevitable mistakes made by this new and untested system will cut eligible households off of SNAP and increase hunger and hardship for families with children, low-wage workers, people with disabilities, older adults and many other vulnerable Montanans,” Burhop said.

‘YOU DON’T THROW THE BABY OUT WITH THE BATHWATER‘

Approximately 240,000 Montanans, including children, were enrolled in Medicaid as of November of last year. Roughly 5,700 individuals were receiving Temporary Assistance for Needy Families, while 103,000 were using SNAP benefits, according to state data. State and federal officials have repeatedly said that instances of fraud are rare and, in instances of Medicaid payments, most often stem from actions by providers, not recipients. Recent efforts by legislative auditors to assess the scale of improper payments across programs and find departmental inadequacies in the verification process resulted in a charged disagreement with department officials last summer, and few conclusions about how DPHHS could improve processes for identifying improper payments.

As the administration of Gov. Greg Gianforte begins to pursue its policy agenda, however, there could be more appetite for administrative changes to Montana’s public assistance programs.

At his recent confirmation hearing, Gianforte’s nominee to lead the Department of Public Health and Human Services, Adam Meier, said he is open to considering changes to eligibility verification, particularly when it comes to cross-checking various data sources and discontinuing 12-month continuous eligibility for certain programs, which currently applies to adults enrolled in Medicaid expansion and the Children’s Health Insurance Program.

“Those are very complex policy discussions, and I think it just depends on the different variables in terms of what the administrative costs are, what the benefit costs are,” Meier said. “… So there’s a number of variables. And I think it’s a very worthy discussion to have.”

Meier, who has previously received a National Public Policy Award from the FGA, according to his LinkedIn account, formerly led Kentucky’s Cabinet for Health and Family Services.

At a national level, policy experts have pointed out that there is little evidence to suggest widespread fraud or intentional misuse of public assistance programs by recipients seeking health care and food support.

“If you’re going to commit [Medicaid] fraud … you’re not going to get a check in the mail every month. You’re going to get health care,” said Tricia Brooks, research professor at the Center for Children and Families at Georgetown University. “And if you don’t  need health care, well, you’re not going to go to the doctor. I guess I find it fascinating to think there’s some motivation for lying about your eligibility in order to get a Medicaid card so that you can see the doctor if you get sick.”

While there are many federal and state systems for identifying improper payments, which oversight reports have estimated cost state and federal governments more than $136 billion in 2015, Brooks said that is not the same as identifying ineligibility in public assistance programs.

“Improper payments are, oftentimes, the claim that was submitted by the provider is missing certain information. That the state verified an eligibility criteria, but didn’t document it in the file,” said Brooks, who points to a federal report that calculates only 3% of improper payments were linked to an ineligible beneficiary. “It doesn’t mean that a payment was made for someone who was ineligible. It does not confirm that there was an error.”

Another bill scheduled to be introduced this week, sponsored by Rep. Frank Fleming, R-Billings, would disqualify individuals from receiving SNAP benefits, the supplemental nutrition assistance program, if they are not in cooperation with their child support payments.

The policy, which the FGA has also promoted, is intended to “reduce child poverty and dependency by ensuring that parents cooperate with state efforts to collect child support for their children,” according to the current bill text. Nationally, opponents of similar policies point out that leveraging food support is not proven to increase adherence to child support obligations, and, if implemented, are expected to increase administrative costs for states.

“Taking away SNAP benefits from a non-custodial parent who is struggling to meet their own basic needs for non-cooperation with the Child Support program can hurt both the parent and their children,” writes the Center on Budget and Policy Priorities, a left-leaning national think tank, in a policy summary. “Frequently, non-custodial parents do not provide support because they are poor — not because they are unwilling to provide support to their children.”