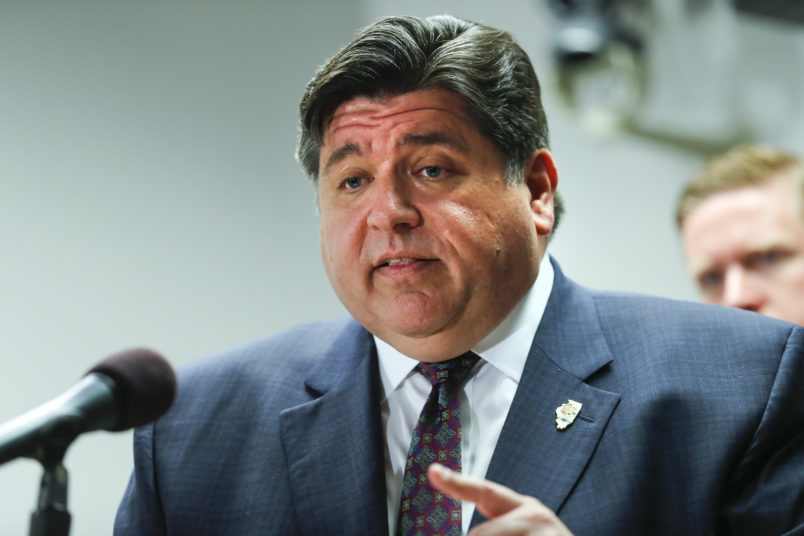 What was two weeks to slow the spread of COVID-19 is now a full year’s worth of executive orders from Gov. J.B. Pritzker. Some in the Illinois legislature are growing frustrated. Others are challenging his unilateral rule in the courts and beyond.

Pritzker’s first COVID-19 order was issued March 9, 2020. A subsequent order was filed April 1 with additional orders filed every 30 days. Another 30-day order Friday reauthorizes a slew of previous orders, ranging from waiving sick leave requirements for state employees to suspending provisions of the Illinois school code, to a residential eviction moratorium and regional mitigation metrics. They’ve all been extended through March 6.

Friday’s order will mark a full year’s worth of orders related to the COVID-19 pandemic. The state Legislature, controlled by Democrats, has been hands off.

“Which is why I’ve reintroduced legislation to require that emergency proclamations can’t be endless, but has to bring in the legislative branch to be part of that process,” McConchie said.

This far into the pandemic, even Democrats are growing frustrated. Sen. Jacqueline Collins, D-Chicago, wants answers about the disparity of vaccine distribution.

“I think the rollout was horrible and I think it needs to be addressed,” Collins said. “So I will be fighting on that.”

A series of virtual hearings this week in the Illinois Senate will focus on vaccine distribution, but also other issues such as the state’s unemployment system that’s plagued with problems, and the Pritzker administration’s handling of federal dollars through Business Interruption Grants.

Over the past year, lawsuits filed across the state came from state legislators like state Sen. Darren Bailey, R-Xenia. Other lawsuits come from businesses, including FoxFire in Kane County that’s angling for the Illinois Supreme Court to take up the challenge to the governor’s orders.

Illinois resident Justin Mahwikizi has a pending case against the orders in Cook County court. He also filed a complaint with professional regulators against the director of public health.

Mahwikizi worried that with a new COVID variant being reported by the state, the cycle will continue.

“We don’t want to go through COVID-19 part 2 driven by this so-called new variant,” Mahwikiz said. “That is the natural process that viruses work.”

The Illinois Department of Public Health has started posting the number of COVID-19 “Variant Cases” on its website. As of Sunday, that number was at 20.

IDPH said the variant is the B.1.1.7 that was first identified in the United Kingdom. The agency said in an email the cases have been identified in Cook, Champaign, McLean, Peoria, DeWitt-Piatt and Vermillion counties.

As someone who immigrated years ago from Burundi, Africa, where there was civil war, Mahwikizi said it’s troubling what he sees happening.

“The same type of language is being used to kind of move the public one way or another and so back in March, I recognized the signs, and that’s why I’ve been very active against these actions,” he said.

Mahwikizi said his challenges in the courts and the regulatory body are also about working to restore medical integrity.