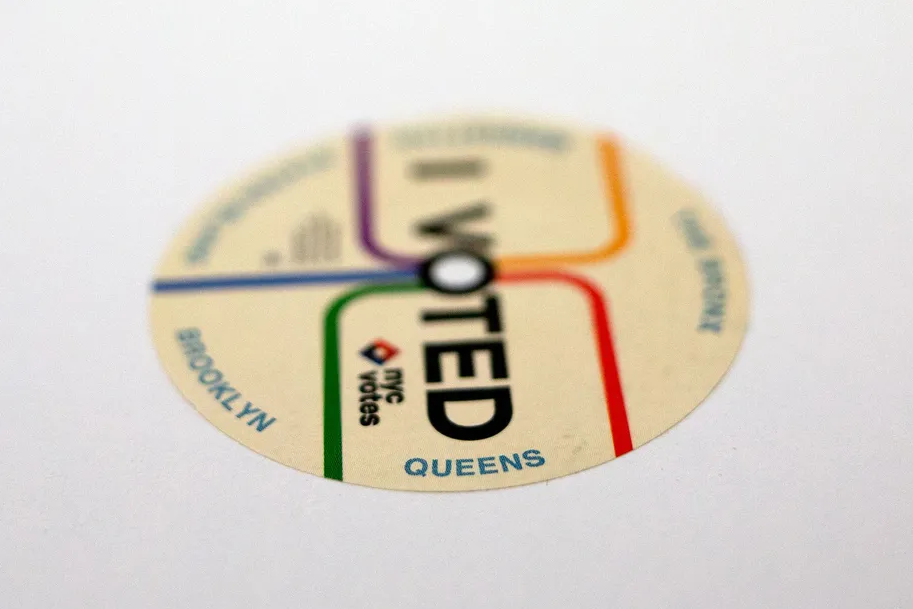 Is There Big Money in Your NYC Neighborhood Election? Here’s How to Find Out

Local super PACs — including one backed by the world’s richest woman — are making independent expenditures to influence New York’s races. Take a close look at the next campaign flyer you get…

Many of you have asked us for guidance to better understand how big money influences local politics. You may have already seen some of our coverage around this in The Bronx.

We reported on how big spenders — including the world’s richest woman, Walmart heir Alice Walton — cut checks to try to influence voters in two special elections for City Council that took place in the borough last week.

The monied outsiders bought mailed flyers, television and radio ads and branded merchandise to push one candidate — or more, given how ranked choice voting has changed the political calculus. And they did it through what are called independent expenditures.

These independent expenditures, or IEs, are key to understanding how big money can influence local elections.

If you’ve never heard of the term, no worries. We’re going to break down what IEs are and how to track them — from the flyer you get in your mailbox to the public databases that show you exactly who paid for it.

It might sound complicated but with a few of these tips, you should be able to discover on your own how money is influencing your local election. (And we’d love to hear what you find out.)

What is an independent expenditure? And why should I care?

Let’s start with a definition: An independent expenditure is the result of “a group of people pooling together money to spend on behalf of a candidate or cause,” said THE CITY’s Albany reporter, Josefa Velasquez, who has covered money in New York politics for years.

IEs are basically local Super PACs — the outside “political action committees” on the national level that are allowed to raise and spend unlimited amounts of money to influence campaigns, thanks to the U.S. Supreme Court’s 2010 Citizens United decision.

What IEs can’t do: As with Super PACs, it’s illegal for independent expenditures in New York to associate with or coordinate with a campaign or candidate in any way, according to Matt Sollars, the spokesperson for the city’s Campaign Finance Board.

“The candidate is not supposed to request, foster, control, or direct any of these independent expenditures at all,” he said.

You probably see IEs all the time: “You come in contact with them more often than you think,” Velasquez said.

“If suddenly you’re seeing on your Twitter feed a lot of promoted tweets, or as you’re going through a website, you start seeing ads on the side for a candidate — it will be paid for by an entity. And half the time, it’ll be an independent expenditure,” she added.

This is all to say that more ads usually mean more money.

How can I tell when outside money is spent on a race in my neighborhood?

You’ve probably heard the term “dark money” before. That’s generally the phrase for the funds coming from Super PACs. It’s called that because national super PAC spending is notoriously hard to track.

“We have some of the strongest disclosure requirements in the country,” he said.

Not only do IEs have to report how and when they spend money on behalf of a candidate, they also must list their major funders — by name. That’s how we were able to report our story about Walton, the Walmart heir, backing a pro-charter schools independent expenditure called New Yorkers for a Balanced Albany in a Bronx special election.

The city CFB database of independent expenditures also includes the specific type of communication IEs put out to voters — for example, a digital ad script, a flyer or even a sweatshirt like we saw in the recent Queens special election for City Council won by James Gennaro.

The database is designed, Sollars said, to provide a snapshot of what IE groups are trying to communicate to voters.

“What are these groups saying? How are they saying it?” he said. “It’s an attempt to hold them accountable for their speech in the political arena.”

To help walk you through how to track an IE, let’s take an example from Queens where THE CITY previously reported the independent expenditure group Common Sense NYC, Inc. spent $206,000 on mailers, phone calls, ads and that sweatshirt.

Let’s say in that race you received one of these two flyers bought by that group, which shows pictures of candidate Moumita Ahmed posing with her tattoo of Sen. Bernie Sanders, and hugging a Sanders doll.

How can you tell that it was paid for by an IE group? Look for the “paid for by” tag, Sollars said, which legally must be included somewhere on the communication and will list a few things: The name of the independent expenditure committee and its top officer, the names of the group’s top three donors and a link to nyc.gov/FollowTheMoney.

Important note: Lots of campaign literature and ads will be flying around the season and much of it will come directly from campaigns, not from independent expenditures. Those will have a “paid for by” ad, too, but not the “Follow the Money” hyperlink, Sollars said.

That “Follow the Money” link will take voters directly to the CFB’s donation tracking website, which lists all current spending by independent expenditures. The site also has a video and FAQ section explaining what IEs are and how they work.

So what are the IEs’ motives or allegiances?

Now you know how to use the city database to find surface information about these groups. But that doesn’t necessarily reveal motives or allegiances. Figuring that part out isn’t super easy.

In fact, many names of IE groups are quite vague — like AirBnB’s group Stronger Neighborhoods PAC, or cosmetics billionaire Ronald Lauder’s Safe Together New York Inc. This is where a bit of detective work comes in. Velasquez says in addition to looking at the IE on the city’s database, do a search for more information from news articles about them.

“I would immediately run to Google and type in the [group’s] name, because a lot of these independent expenditures have been around for quite some time,” she said.

The big, active groups that you may notice repeatedly are those backed by developers and other real estate interests — such as Common Sense NYC or the pro-charter school group New Yorkers for a Balanced Albany — and the political arms of New York’s large unions.

It’s also worth bearing in mind that independent expenditures can be focused more on issues than one particular candidate, for example, highlighting those with particular environmental platforms or who want more charter schools. This information might shake out in your Google search.

Whether that has an effect on you depends on how much you care about that issue — and whether you’re OK with outside money being spent in local elections at all.

I haven’t seen a lot of campaign literature or ads in my neighborhood yet. Why not?

Typically, the types of mailers and advertisements you’ll see that stem from independent expenditures pop up much closer to the date of an election, Sollars said.

It’s also worth bearing in mind that several more independent expenditure groups have registered with the state Board of Elections but don’t appear in the CFB database because they haven’t yet spent any money yet.

For example, a group called New York for Ray has raised millions of dollars for mayoral candidate and Wall Street executive Ray McGuire, The New York Times has reported.

Both of those groups are listed through the state BOE’s online financial database. But looking through independent expenditures on the state’s site, however, may be tough, Velasquez said. A recent site redesign has scrambled the public system, making it a lot harder to find information.

This article was originally posted on Is There Big Money in Your NYC Neighborhood Election? Here’s How to Find Out