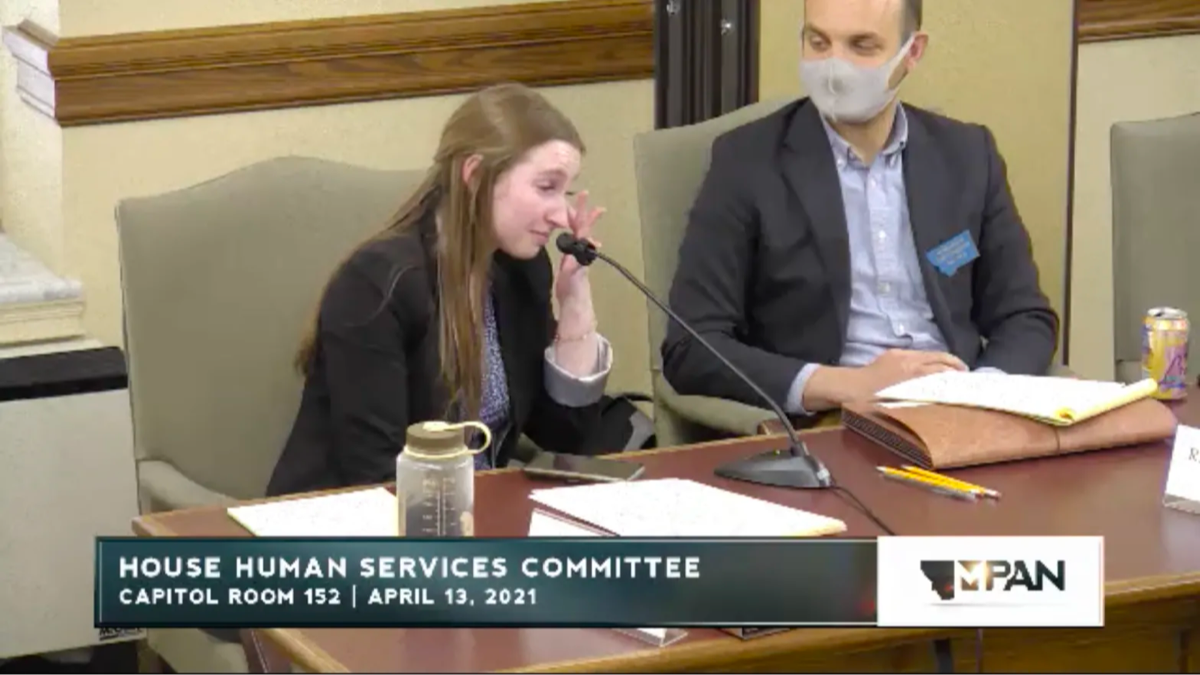 Increased shelter access for homeless youth shut down in committee

House lawmakers on the Human Services Committee tabled a bill on Tuesday that would allow minors to stay in emergency shelters and receive services without the consent of a parent or guardian, a measure proponents have said is crucial for the protection of vulnerable youth seeking safe harbor from dangerous living situations.

In a 10-9 vote after a sometimes emotional discussion, the majority Republican committee opted to set aside Senate Bill 16 over the urging of other Republicans and Democrats, citing vague language and the potential for service providers to make decisions for youth without regard for the input or desire of their parents or guardians.

“I find this bill to be amazing in the sense that it’s just wide — you could drive 10 Mack trucks through this. Not well-defined,” said Rep. Dennis Lenz, R-Billings, in comments to fellow committee members Tuesday evening. His comments echoed questions about terminology and definitions raised by Republican members during the preceding hearing on Monday, such as age limits for minors, how a provider could offer “no-cost” services, and the definition of a provider’s “reasonable effort” to contact a minor’s parent or guardian.

Proponents, including Rep. Jeremy Trebas, R-Great Falls, who works at a nonprofit for homeless people, sought to assure doubtful Republicans during Monday’s hearing that the bill would contribute an essential safety net for some of Montana’s most vulnerable citizens, many of whom are trying to leave unsafe living environments and are at risk for sexual abuse and trafficking, drug use, and exposure to the elements by seeking shelter outdoors.

“And of course, that’s the reasoning for this bill,” said Adrian Jawort, a representative of Montana Native Vote. “The fact that [these minors] even have to consider that they’re better off in the shelter is terribly sad in itself. But at the same time, they’re probably just thinking in the immediate sense about not wanting to sleep outside that night.”

Similar bills are on the books in other states to help prevent endangerment of minors. Patricia Julianelle of the national nonprofit SchoolHouse Connection, which advocates for solutions to youth homelessness, also testified in favor of SB 16, saying it could help alleviate a chronic problem and provide a model for other states.

The bill, sponsored by Sen. Jen Gross, D-Billings, is the result of several years of deliberation and study by the State-Tribal Relations Interim Committee, but has faced headwinds from some Republican lawmakers who say it may overstep parents’ rights and produce unintended consequences. After a hearing and several proposed amendments in the Senate Judiciary Committee earlier this session, the bill was tabled and remained stagnant for weeks. In March, Sen. Jason Small, R-Busby, resurfaced the bill before the Senate and proposed a so-called blast motion to advance it out of committee without amendments. The motion was successful and, after intense debate on the Senate floor, the bill passed out of the upper chamber with strong bipartisan support.

In the Monday hearing before the House Human Services Committee, many advocates for homeless youth and victims of domestic and sexual violence testified in favor of the bill. One opponent, Jeff Laszloffy of the Montana Family Foundation, spoke on his own behalf and raised concerns that a young person could make unfounded allegations against a parent or guardian when seeking shelter, exposing the family to further conflict and possible scrutiny by law enforcement or state agencies.

That perspective, as well as other scenarios raised by Republican lawmakers, were presented on Tuesday when the committee prepared to vote on the bill.

“There’s no defined amount of time that [says], OK, we’re going to admit you for a couple days while we all kind of get our heads around what’s going on to help you,” said Rep. Jane Gillette, R-Bozeman. “That would be different for me … I think [the bill is] a great idea, I support the idea conceptually.”

Other Republicans, including Rep. Mallerie Stromswold, R-Billings, and Rep. Greg Frazer, R-Deer Lodge, pushed back on concerns introduced by their colleagues.

“It’s a big problem,” Stromswold said, referring to youth homelessness in her hometown of Billings and citing her experience as a recent high school graduate. “I don’t think we should be voting down bills simply because we think a few misbehaving kids will take advantage of it.” Stromswold, overcome by tears, then asked the committee chair to return to her later for further comments.

“Without this [bill], you know, you got some young kid who’s in an abusive relationship, a parent sexually abuses them. And this bill passing might give them a shred of hope,” Frazer said. “We can tighten this bill up, but we’ve got to do something to help out these kids that are continuously being sexually abused by parents, or beaten, or sold or whatever. We’ve got to do something.”

The bill was subsequently tabled after it failed to pass the committee by one vote. Democrats have expressed interest in bringing additional amendments and presenting the bill for reconsideration. If it were to pass out of committee, it would proceed to the House floor for further debate.

The committee is scheduled to meet again on Wednesday.