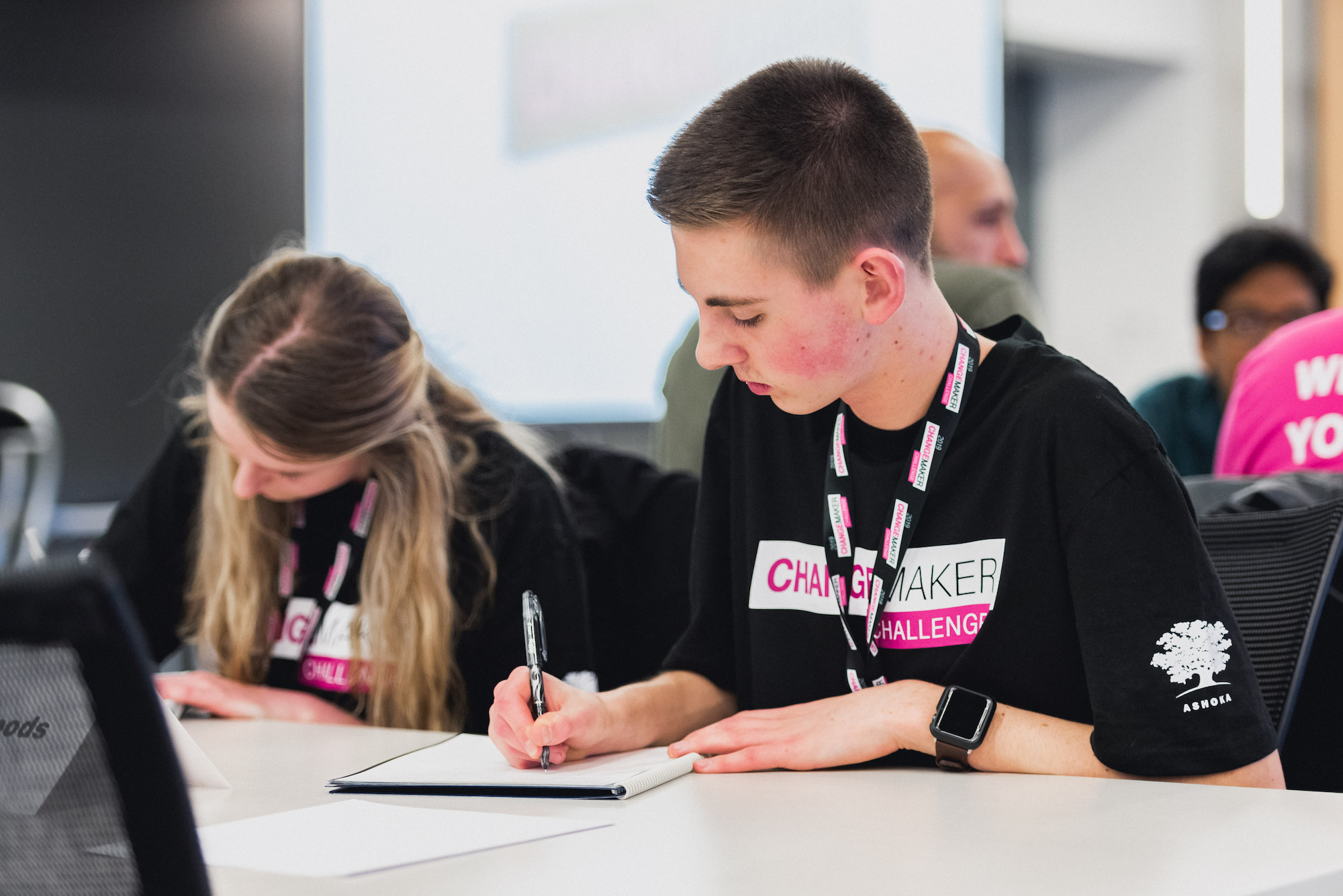 In this unorthodox classroom, young entrepreneurs see no limits

Last year the classroom moved into the living room as online education became a necessary countermeasure to school closures across America. Despite the disruption, some students opted for extracurricular activities to keep busy and support their communities, including alumni of the T-Mobile Foundation’s Changemaker Challenge.

Now in its third year, the Changemaker Challenge is a nationwide contest sponsored by the T-Mobile Foundation in partnership with Ashoka, and is for young people with big ideas about how to change the world for good. Teams of youth aged 13–18 submit original projects in one of three categories: technology, education, and the environment. Though teams typically come together in the classroom, the bulk of their work is done outside regular school hours, collaborating, meeting with advisors, and dedicating their own time and effort to their chosen cause. COVID-19 forced the T-Mobile Foundation to postpone the event last year, but this year the organization adjusted to current conditions and the 2021 application period is open now through April 8, 2021.

T-Mobile and Ashoka leaders will review each submission and select the top 15 for a three-day workshop at the T-Mobile campus outside Seattle, where students will receive hands-on mentorship and peer networking opportunities (obeying CDC COVID-19 safety guidelines). Finalists will also win seed funding of up to $15,000 to supercharge their work. Many past projects have evolved into fully functioning nonprofits or social enterprises.

One such project is JEE Foods, a nonprofit organization founded in 2017 by four Butler Technology Ross High School students in Hamilton, Ohio with a mission of “Student-Powered Food Rescue and Hunger Relief.”

JEE’s student volunteers have been able to transition the project into the post-pandemic world, no classroom necessary. In fact, they’ve significantly ramped up their efforts to address the skyrocketing needs of a community experiencing extreme hardship due to the economic fallout of COVID-19.

“Prior to the pandemic, we did about 20,000 pounds of food over a two-year span,” says Levi Grimm, a Butler senior and JEE Foods’ regional director. “And between the end of May of last year to where we are now, we’ve done over 2.7 million pounds of food.” That’s five semi-trucks full of food a week going out to hungry folks across the entire southwestern Ohio region.

Supporting the JEE Foods team since its inception is Tom O’Neill, an information technology instructor at Butler Tech. A self-described serial entrepreneur, O’Neill says he originally planned a brief foray out of the corporate world into teaching to “disrupt education” and had every intention of returning to private business. That was 20 years ago.

Today he still applies his unique teaching style at Butler. He runs his classroom like an office, with a business hierarchy and project-management strategy. He gives students control over the entirety of their endeavors, offering nothing more than guidance as they develop their own entrepreneurial assets.

“Students have the potential to take the entrepreneurial mindset even further than some entrepreneurs because they don’t yet know there’s a limit,” he says.

Additionally, O’Neill has his students working outside of school about 60 days a year — a rather extraordinary number — to speak at conferences, lead grant writing workshops, even present at the United Nations.

“You name it, we’ve done it,” he says. “And that’s better than sitting in the classroom any day.”

Similarly, participating in extracurricular competitions like Changemaker Challenge has brought Levi and Chloe into contact with other like-minded young people working at a larger scale, which in turn expanded the scope of their own efforts. And, Levi says, getting feedback and validation from proven professionals at companies like T-Mobile “helped us have more grit and motivation to go farther.”

Now Levi and Chloe are naturally at ease with the size of JEE and accustomed to generating their own opportunities.

“No is just a temporary barrier to yes,” Levi says. “I’m just going to find out and innovate and draw new ways around it. But on a deeper level, I started to see myself as not being a high school student — I’m a business professional in high school. I’m just going to throw in that title and go for it.”

Both Chloe and Levi acknowledge the importance of competitions like Changemaker Challenge in focusing their efforts and providing networking opportunities with other like-minded young people they otherwise wouldn’t get.

With two years left before graduation, Chloe says she and her colleagues already have the people and succession plan in place for JEE to continue operations once she moves on. She’s undecided on a college major, but working with JEE has primed her for social good, she says. “Just being able to talk to people and to interact in helping your environment is something I would like to do.”

For Levi, stepping out of the classroom and into the real world has provided a clear view of JEE’s impact on hunger in his immediate community. And recognition by executives at T-Mobile, members of Congress, and delegates of the UN has validated his choices. His experience with JEE transformed his plans for his future, which include attending college next year. Previously he was strictly business-minded and “focused on profits.”

Now, he says, “I’ve turned from profits to people for sure.”

This article was originally posted on In this unorthodox classroom, young entrepreneurs see no limits