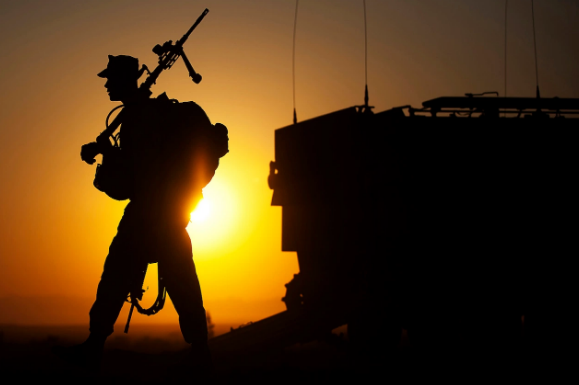 Here’s one big takeaway from our country’s disastrous 2020 covid response: For 20 years, we’ve lavished attention and money on fighting human terrorism and forgot that the terrorism of nature is equally deadly, deserving equal preparation.

Today, with more than 545,000 U.S. covid deaths, I hope we’ve learned the huge cost of allowing our public health structure to wither as we single-mindedly pursued the decades-long war on terror. Slowly, with no one much paying attention, here’s how it happened.

After the horror of 9/11 and the anthrax powder attacks that followed, the United States rapidly created a massive infrastructure to ferret out and combat terrorism, focusing mostly on threats from international actors. Within weeks, Congress passed the Patriot Act. It created the Department of Homeland Security and the Transportation Safety Authority, which alone has an annual budget of nearly $8 billion for, among other things, intensive screening at airports.

Even relatively remote counties were supplied with military-like equipment. As a reporter covering the 2004 election, I remember being shocked to see Humvees and soldiers in body armor at county fairs in the Midwest, though they seemed an unlikely terrorist target. In the years that followed, terrorists carrying explosives in shoes and underwear on flights resulted in more screening and attention.

Sadly, a good part of that focus and investment came at the expense of public health. “There’s only so much money, and so if you buy more of one thing, you have to buy less of another,” former FDA Commissioner Dr. Tom Frieden noted in explaining one reason the federal government had an enormous stockpile of anthrax vaccine, but not enough ventilators when covid-19 hit.

Though many public health experts fretted about possible pandemics, it was hard to capture lawmakers’ attention. After all, by the late 1990s, there were drugs to combat HIV/AIDS. Flu? There were vaccines. Infectious diseases? Perceived as conquered.

That’s partly why two large sources of money established after 9/11 — the Public Health Emergency Preparedness program and the Hospital Preparedness Program — were gradually chipped away.

Federal funds for state, local and tribal public health preparedness declined from $940 million in 2002 to $675 million in 2019, according to a report by the Trust for America’s Health, a nonpartisan research group. When the 2008 recession throttled government budgets, money was diverted again from public health programs to support other services.

The Affordable Care Act established the Prevention and Public Health Fund, with promised investment reaching about $2 billion annually by 2015. But that pot was reduced by half by the Obama administration and Congress to pay for other priorities.

By the time a deadly virus arrived on our shores last year, nearly two-thirds of Americans were living in counties that spend more than twice as much on policing as they spend on nonhospital health care, which includes public health, according to an investigation by KHN and The Associated Press.

Since 2010, spending on local health departments has dropped by 18% and at least 38,000 state and local public health jobs have disappeared since the 2008 recession. When covid hit, about 75% of counties had no epidemiologist on staff to track disease.

Countries like South Korea and Taiwan orchestrated a rapid, aggressive public health response as soon as the pandemic began. Testing, contact tracing and quarantines helped control spread and death — as did good national systems for electronic health records. In South Korea, a nation of 51 million, about 1,600 people have died. In Taiwan, population 26 million, the cumulative death toll is 10. Ten.

Contact tracing and quarantining takes people — lots of them. Tracking local spread takes epidemiologists and software. Many health departments in the U.S. had been limping by for years, with a skeleton staff, relying on fax machines. And remember, those local departments often also inspect restaurants, test water and give childhood vaccines.

Yes, President Donald Trump made the U.S. response far worse with lies and denial and sidelining the government’s top medical experts. But the lack of adequate public health agencies and sufficient personnel in most of the country made targeted and rapid response most likely impossible.

The Centers for Disease Control and Prevention, the national public health agency, has been regarded as a bastion of international scientific expertise, but that doesn’t always translate into good on-the-ground public health work. (Polio was eliminated by a vaccination campaign largely organized by charitable foundations.)

The human costs exacted by the pandemic are incalculable. And it will take years to tally the full financial costs of job losses, business closures, the more than $5 trillion approved in federal aid to contain the catastrophe, money that might have been spent on longer-term investments on education and the environment.

The tragedy is that a good part of this pain could have been avoided had there been a robust and functioning public health infrastructure in early 2020. That investment would have been a bargain, compared with what has been spent in the past year alone — not to mention the financial burden well into the future.

Some experts have estimated that the nation has a deficit of 250,000 public health workers. That’s about the number of people who work at DHS, now the third-largest Cabinet-level agency. But the deficits go well beyond staffing numbers.

The CDC and local public health departments need to be equipped with the same level of sophisticated tools provided to, say, airport screeners. Even though the federal government spent $36 billion to digitize medical records, we still don’t have a uniform national digital database that can track who is getting the vaccine.

Through Operation Warp Speed and private purchases, the U.S. helped make possible amazing new vaccines, paving a path out of the pandemic. By last December the government had spent $12.4 billion on shots, and the Biden administration has purchased several hundred million more doses, hoping to vaccinate most Americans by summer.

That’s a great accomplishment. But would we be so desperate if some of that money had been spent over the past decades on public health? The pandemic is a reminder that the terrorism of nature can’t be ignored, and our public health system needs to be rebuilt and expanded.