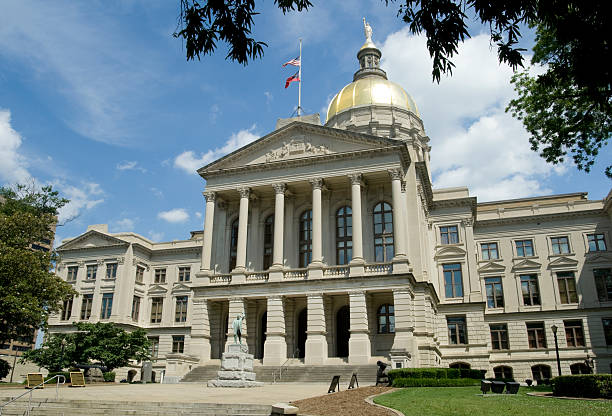 The Georgia Senate approved a $27.2 billion state budget for fiscal year 2022 on Tuesday, representing a more than 5% increase in spending over this fiscal year’s original budget.

Two budgets are passed through the General Assembly every legislative session. Lawmakers must review and approve spending for the remainder of the current fiscal year, also known as the Amended Fiscal Year (AFY) budget, and approve the budget for the next fiscal year, which begins July 1.

The state had reduced spending by 10% in the original fiscal 2021 fiscal year budget while Georgia braced for a downfall from the COVID-19 pandemic. After seeing signs of recovery in state revenue, however, lawmakers and Kemp approved a $600 million increase in spending in the AFY budget.

Budget writers tapped into federal aid for fiscal year 2022. Georgia is expected to receive more than $4.6 billion from the American Rescue Plan Act of 2021, signed into law by President Joe Biden on March 11.

Lawmakers plan to use the funds to support small businesses, nonprofits and tourism, travel and hospitality industries. They also would also be used for bonuses for government employees and state investments in water, sewer and broadband. Georgia also will use the aid to backfill revenue gaps.

The fiscal year 2022 budget proposal in the Senate calls for spending 2.6% more on education, mental health, rural communities, internet access and state retirement, among other things.

Senate budget writers maintained most of Kemp and the House’s spending recommendations in their plan. The biggest priorities for the Senate were health and education, Senate Appropriations Chair Blake Tillery, R-Vidalia, said.

The House, Senate and Kemp allocated $9.6 billion in state funding for K-12 schools in the 2022 plan, restoring a 60% cut in the state funding on K-12 education. Tillery said local boards of education also can expect $4.2 billion in federal aid.

“That will far dwarf any additions that we make in our budget, and it more than wipes out any reductions that we’ve made during the pandemic as our budgets were somewhat in a little bit of a crisis mode,” Tillery said.

The plan spends $66 million to increase state government’s share of the Teachers Retirement System from 19.06% to 19.81%. Lawmakers also added more funding for state colleges and universities, but the schools also will receive $1.2 billion through the American Rescue Plan, Tillery said.

The Senate and House agreed with Kemp’s recommendation of $39.5 million for the Rural Innovation Fund, set aside for economic, medical technological advances in rural communities. They also agreed to $10 million to expand broadband internet access, but instead of spending $150,000 to hire a grant administrator and perform mapping maintenance as the House recommended, Senate budget writers would like to use existing “industry and academic partners” to do the work.

The Senate also added more funding for a claims database for the Department of Community Health and $350,000 for a state medical education grant program. It added $1.2 million to launch the Office of Health Strategy, required to be established under House Bill 186 in 2019 to increase the state’s health care outcomes.

The Senate set aside $6.7 million for a therapeutic foster care program. It also upped the House’s funding for domestic violence and sexual assault centers.

The Senate and House proposal funds various new positions in the Department of Public Health and salary increases for state corrections officers, medical examiners, food inspectors, public defenders, prosecutors and state troopers. The Senate also agreed with the House’s plan to restore cuts for its operations, legislative offices and the judicial system, but disagreed amount of raises for prosecutors.

The House passed its plan for fiscal 2022 on March 5. The budget was sent back to the House on Tuesday. Both chambers of the General Assembly must agree on a fiscal 2022 budget before the spending plan is sent to Kemp for final approval.