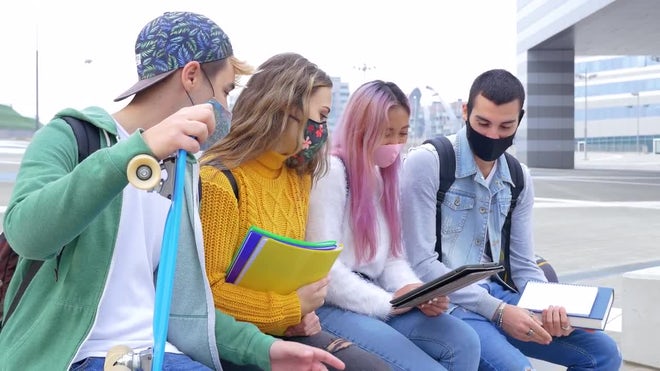 COVID a year on: inequalities and anxieties about returning to workplaces are becoming clearer

A year on from when many governments began directing people to work at home wherever possible because of the pandemic, few anticipated that it would become so normalised, or that the shift to productivity would be so rapid and successful. The year that followed has been one of steep and innovative learning around communication technologies, online learning, workload management, and work organisation.

Organisations have seen unanticipated productivity gains, and many have publicly declared their intention to make working from home a permanent part of their future business models, including newspaper publisher Reach and a host of financial services firms. But it has not all been positive news, not least in terms of the overwork, inequalities, and anxieties that are emerging around both working from home, and what happens next.

In July 2020, our ESRC-funded project, Work After Lockdown, started to look at how the way we work is changing, and what the lasting consequences of this will be. Our focus has been on local authorities and law firms, organisations with jobs that were mainly office-based this time a year ago. Flexible work was available before the lockdown, but, in large part, was still background noise. During lockdown, however, these jobs have become reimagined remotely.

We are now learning a great deal about how work can be managed in the future, particularly in the mixed working environment that is emerging. This includes the importance of organisations defining what a hybrid working pattern looks like for each job role, and developing new managerial approaches around project needs to curate teams who are working both at home and in the workplace.

We are also learning about the new inequalities that have become more apparent. The ONS recently published its analysis of gender inequalities that have deepened during lockdown. This highlighted that women have experienced more anxiety, depression and loneliness, and that their paid work was more disrupted by unpaid work and childcare than men’s.

Our research with organisations also found that age and gender are key vulnerabilities during lockdown. Young people were the most likely to be living in accommodation without a suitable home workspace. They often lacked privacy when they were in shared accommodation or had moved back in with families during lockdown. This is challenging both in terms of concentration, but also in terms of the ubiquitous Zoom meetings that have become an important part of the relocation of office work into homes.

At the same time, young people were more concerned about their careers being damaged by extended working from home, since they had fewer opportunities for skills development during lockdown, and less well-established work-based networks to draw upon for support and information. Broader evidence also suggests that the long-hours culture of many firms, that was previously offset up by workplace camaraderie, is now translating into burnout and isolation in lockdown. Indeed, a current House of Lords inquiry, Living Online, is looking at the long-term effect of these new ways of working on mental wellbeing.

Another group who experienced challenges were working parents, particularly those with young children who needed constant supervision, and those providing support with online learning. Gender dimensions emerged here, particularly in the households where women had taken on the bulk of this additional domestic work of lockdown, complicating their working patterns, and in some instances fostering anxieties that this would be to the detriment of their longer-term career development.

These fractured lines were also evident in our national survey of local authority workers, where we asked those in the process of returning to their workplace what they were most concerned about. Health was at the forefront of people’s thoughts, with three out of four workers being concerned that they would be exposed to COVID-19 in their workplace.

Younger people were the most likely to be worried about their opportunities for career development upon returning, alongside those in their 30s, who were also more likely to have young children and whose working patterns had become complicated by COVID-19. Notably then, it was these same groups who had raised these anxieties in our qualitative research that were most concerned about development issues on returning to the workplace.

These concerns seem very real in the context of the latest ONS data, which stress the disproportionate effects of lockdown. It shows 88% of job losses over the past year have been among the under-35s – a group likely to include a large proportion of those with young families.

As organisations enter the next stage in this period of monumental change for work, alongside the learnings of working from home, it is vital that an appreciation of inequalities is at the forefront of planning. This will be key in starting to address how unequal life chances have been exacerbated by COVID-19. Lockdown has (hopefully) taught managers that responding to employees’ diverse needs is fundamental to enabling their best performance. Successful transitions into new working patterns can only be shored up by a motivated workforce.

This article was originally posted on COVID a year on: inequalities and anxieties about returning to workplaces are becoming clearer