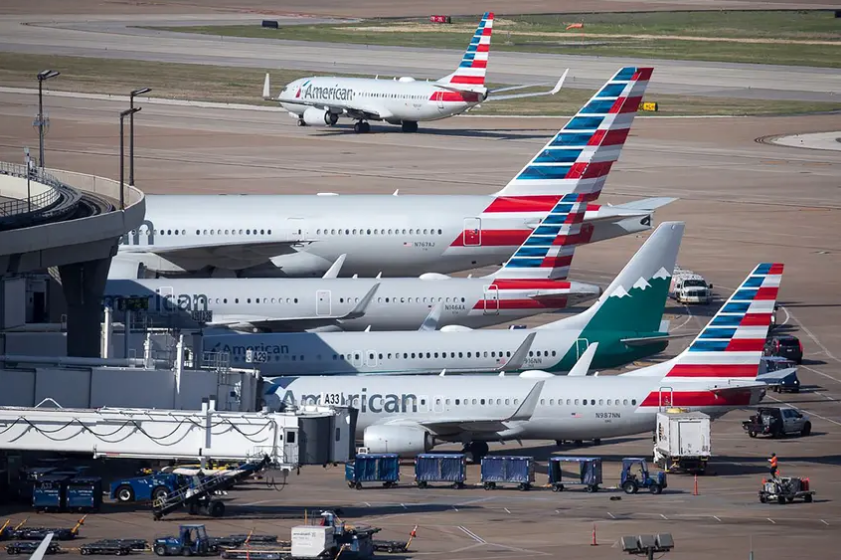 Look who’s showing up in debates over voting and elections, opposing some of the leaders of a GOP that had a long and deserved reputation as the party of big business.

In Texas, American Airlines and Dell Technologies were the first corporations out of the chute, followed — in less ardent language — by Microsoft and Southwest Airlines.

They’re taking issue with pending legislation that would prohibit drive-thru voting, make it illegal for election officials to send vote-by-mail applications without being asked, block 24-hour early voting like that offered in Harris County last year, prohibit voting in tents and other temporary structures, and allow poll watchers — usually from the political parties — more freedom at polling and vote-counting locations.

It’s not their first foray into politics in Texas — nor their first ride into a breach that divides once-dominant establishment Republicans from the populists and cultural conservatives like Donald Trump at the national level and Lt. Gov. Dan Patrick here in Texas.

Some of the same voices were raised in Texas in 2017, thwarting the Patrick-led attempt to pass laws restricting transgender Texans’ access to bathrooms and other public facilities.

The Texas Senate approved its version of the “election integrity” legislation last week, and a House bill with similar provisions was the subject of a 22-hour committee hearing the next day. Gov. Greg Abbott has the issue on his list of priorities, as do Republican leaders in other states. They’re responding to the Trump-inspired voter outcry that followed the 2020 election and its disappointing results for the incumbent president, and the unsubstantiated claims of widespread fraud that outcry inflamed.

It has been a partisan battle from the get-go. The Senate’s vote a few days ago had all of the Republicans in favor and all of the Democrats opposed. Democrats have argued that proposed restrictions would create more voting obstacles for disabled people, poor people and people of color.

In reaction to restrictive voting laws in Georgia, opponents began pressing corporations to weigh in. That idea has traveled to Texas, where a few of the state’s prominent corporations have joined the pitched partisan rumpus over voting rights.

A larger, national group of businesses calling itself the Civic Alliance is weighing in, too: “Our elections are not improved when lawmakers impose barriers that result in longer lines at the polls or that reduce access to secure ballot dropboxes. There are hundreds of bills threatening to make voting more difficult in dozens of states nationwide. We call on elected leaders in every state capitol and in Congress to work across the aisle and ensure that every eligible American has the freedom to easily cast their ballot and participate fully in our democracy.”

That Mitt Romney line from the 2012 presidential campaign — “Corporations are people, my friend” — is ringing again, but not in the way he meant it. He was talking about taxes. Now, it seems some of those corporations are the sort of “people” who show up at political rallies and legislative protests: activists.

That sometimes puts them at odds with leaders of the party that for decades has been their home. The response from supporters of the voting bills was immediate.

“Texans are fed up with corporations that don’t share our values trying to dictate public policy,” Patrick said in a news release. “The majority of Texans support maintaining the integrity of our elections, which is why I made it a priority this legislative session.”

But some old-school Republicans are still around.

“Major Texas employers are stepping up and speaking out against voter suppression, and for good reason,” tweeted former Texas House Speaker Joe Straus, who blocked Patrick’s way on the bathroom bill four years ago. “Texas should not go down the same path as Georgia. It’s bad for business and, more importantly, it’s bad for our citizens.”

And another San Antonio Republican, state Rep. Lyle Larson, did his best to distinguish the Texas conversation from the national one, and to point out that Democratic voters aren’t the only ones who might be hurt by the Texas legislation: “64% of Texas Republicans cast their ballots early. Republicans cast half of all absentee ballots in Texas’ 2020 general election. Among all Republican voters 55 or older in Texas, 91% voted early or by mail. Are we trying to make it harder for Republican voters to vote?”

The corporations that jump into this might be “people,” but don’t have voting rights at stake. They do have businesses to protect and legislative risks ahead if they cross the same legislators they hope will support them on taxation, law, economic development and other matters more common to their interactions with state government.

It’s unusual to see them in a voting fight, but they must think it’s good business, or they would’ve stayed out.