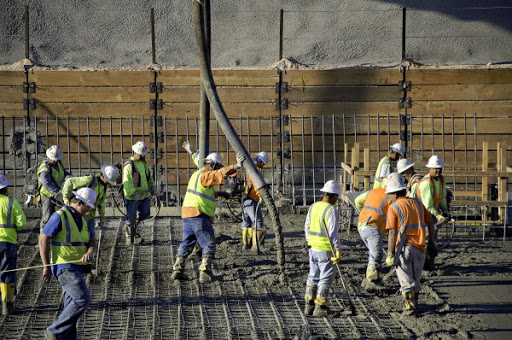 Texas lawmakers are quickly moving a bill forward that attempts to stop cities from banning natural gas as a fuel source for new construction and utility services — a trend in progressive California cities that some state lawmakers say would restrict consumer choices if Texas cities move to do the same.

At least a dozen similar bills have been filed in states including Kansas, Minnesota and Ohio. But in Texas, the bill has been pushed as a response to the power outages caused by last month’s winter storm.

Now labeled a priority for lawmakers, House Bill 17 would bar cities and municipalities from banning, limiting, restricting or “discriminating” against the type or source of energy used for utility connections. It was included in a slate of bills that the Texas House State Affairs Committee quickly voted out of committee Thursday that are intended to address the storm-related power outages, which left more than 4.8 million people without electricity and killed dozens of people in Texas.

The bill was first filed in January as House Bill 1282. It’s sponsor, state Rep. Joe Deshotel, D-Beaumont, said the legislation is a response to “what is happening on the West coast” where cities have passed energy efficiency plans that prohibit new subdivisions from offering natural gas heating, requiring instead that new homes be heated by electricity.

“The purpose of this bill is to prevent a city from prohibiting choice of fuel for homes,” Deshotel told the House State Affairs Committee.

Using electricity to heat homes rather than natural gas reduces greenhouse gas emissions. The bulk of emissions from residential and commercial buildings in San Francisco are attributed to burning natural gas, which spurred the city’s efforts to mandate a transition, Inside Climate News reported in November. In Austin, the city’s initial climate action plan would have virtually eliminated gas use in new buildings by 2030, but was altered after Texas Gas Service opposed the measure, the Texas Observer reported earlier this month.

Elected officials have promoted Deshotel’s bill as a response to the trend toward electrifying new home construction, defending the use of natural gas to heat homes and buildings. While visiting Midland in January — where oil and natural gas production dominates the local economy — Gov. Greg Abbott railed against San Francisco’s ban and announced his support for legislation that prohibits counties from restricting use of natural gas appliances.

Yet the bill has taken on new prominence in the aftermath of the Texas power outages in February. Deshotel’s bill was included in the slate of legislation considered a priority for ensuring the state does not experience such long-lasting and deadly power outages again.

The House State Affairs Committee on Thursday advanced a number of bills responding to the power outages, including one that would require power plants to be upgraded and built for extreme weather events and another that reforms the board of the Electric Reliability Council of Texas, the independent operator of the power grid that covers most of Texas.

Environmental and consumer advocacy groups — which supported the other bills responding to the power outages — opposed House Bill 17, raising concerns that as filed, it could be interpreted to prevent cities from offering rebates and other incentives to encourage use of renewable power generation.

“It makes us nervous that the bill could be used to prevent what we view as good programs happening in cities throughout Texas like rebates for heat pumps or changes in code that encourage electric vehicles,” Reed said during the hearing.

Deshotel promised to add an amendment at a later date to address the concerns raised by environmental groups that the language is too broad, reiterating that the bill would not prohibit rebates or other incentive programs for renewable sources of power. Regardless, Reed said Sierra Club would remain opposed because the bill “takes away the rights of local political subdivisions to pursue the actions they’d like to pursue.”

Companies that supply natural gas to households voiced their support. Jason Ryan, senior vice president of regulatory services and government affairs at CenterPoint Energy, said at the hearing that the company was “proud” of how its natural gas utilities served customers during the power outages last month, experiencing few disruptions.

Lawmakers agreed, pointing to the ability of natural gas providers to largely continue supplying gas to homes during the February storm. Gas fired furnaces cannot run without power, but some people with gas service were able to use gas fireplaces and stoves.

“A lot of people lost electricity,” said State Rep. Chris Paddie, R-Marshall, chair of the committee, “but folks still had that gas going.”

During the storm, a supply shortage of natural gas worsened the power outages. While delivery to homes was the first priority, the second priority was to deliver gas to natural gas-fired power plants to generate electricity. However, several electric generation executives testified in hearings last month that their plants were not able to run due to a shortage of fuel. Many plants were also offline due to the cold weather.

That fuel shortage was in part due to increased demand for natural gas during the winter for heating homes, James Cisarik, chairman of the Texas Energy Reliability Council, testified last month.

Ahead of the vote out of committee, some Democratic lawmakers raised concerns about the legislation. Rep. Donna Howard, D-Austin, said her office has received dozens of emails about House Bill 17 — all opposed.

Deshotel responded that there has been “misinformation” about the bill. “I understand [the] people calling you and complaining,” he said, referring to news coverage and statements from environmental groups characterizing the bill as a handout to the natural gas industry.

“I would be calling too, and saying, ‘Is this guy crazy?’” he said. “But you know, that’s not what this bill does. So, I’m certainly willing to work with all the parties here. It’s not about forcing anything on anybody.”

This article was originally posted on California cities banned natural gas in new buildings. Texas wants to outlaw those bans.