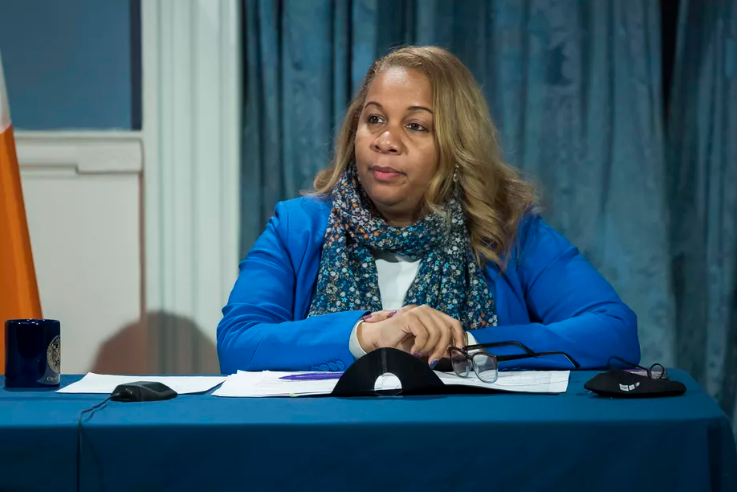 The Queens native and veteran Bronx educator — who will be the first Black woman to become New York’s schools chancellor — aims to kick start planning for next year as soon as she officially assumes the helm of the nation’s largest school district on March 15.

But before she tackles September, she’s working out the details for summer school, and is hoping to do something more ambitious than the city has seen before: opening it up to as many students as possible, not just those who have fallen behind academically.

“Every single student in New York City lost out on their school year, so we need to think about all of our learners,” Porter said in an interview with Chalkbeat. “We absolutely need to prioritize students who have special needs. We need to prioritize students who have significant loss, but we also need to think about how every student hasn’t been in a classroom.”

The city will likely see an infusion in cash to help with such programs from the federal pandemic relief package passed this week.  As a high poverty school district, New York City may see more than $2,500 per student. States are also expected to get billions to help schools address learning loss and create after-school and summer school programs.

Porter is now working on a plan to address gaps in learning caused by school building shutdowns and remote learning challenges, and may be looking at gifted programs for inspiration.

“My philosophy leans in on acceleration and enrichment for all students,” Porter said.

First let’s talk about your leadership style. We’ve heard from advocates and families that you show up in person to events that officials in your position don’t normally show up to. Why do you make it a point to be present?

When I was a principal, I probably didn’t do my work of the day until after 3 p.m. because I thought it was super important for me to be visible for students, for families, for my teachers. So I was always out. I think people have stepped up in ways that I’ve asked them to because they know I’m going to step up with them.

Based on what you’ve been hearing from school communities about how this year is going, what is your top priority for the remainder of this year? We still have a third of the school year left.

We’re in the planning process now, and I hope to unveil something really soon.

And do you have any sense about whether it would be in person?

Yes, some of it will absolutely be in person. As much of it as we can do in person is going to be important, but we also know there will be some families and some things that we need to do remotely.

Will it only be for kids who have incompletes or are behind or will it be a wider thing that anyone can opt into?

We’re still planning. But for me, it absolutely should be a wider thing.

Every single student in New York City lost out on their school year, so we need to think about all of our learners. We absolutely need to prioritize students who have special needs. We need to prioritize students who have significant loss, but we also need to think about how every student hasn’t been in a classroom, so what are the opportunities we’re creating?

That’s a space where we can really partner with our city agencies, our community-based partners, nonprofits to think about how are we expanding summer opportunities across the city. I think so many people want to wrap themselves around our babies, and this is a good time to partner with them on that.

Is summer school going to be part of the regular school year?

I know there’s been talk about extending the school year. We’re still figuring it out.

I do want to talk about this trust issue. How do you hope to address the families who have been afraid to return to campus?  Seventy percent of families stayed home — that’s a lot of people.

I’m a parent, too. I had to make the same decision, and in my house, it was a split decision. My husband was ‘stay home,’ and I was ‘go to school.’ And my goddaughter, who’s in 10th grade, was like, ‘I gotta go to school.’ We made a decision as a family that we thought was best for her as a learner. I will always lean into that because I will always really honor that conversation that is happening at home among families.

But I want families to be encouraged:  . Our [coronavirus] positivity rate is incredibly low.

What I can say is that the goal is to get as many students in person five days a week as we can and as many that want to. The remote option we’re still grappling with what that will look like. We have to lean into conversations with principals, with teachers and with families around what they need from us.

We started this conversation off with: communicate more, communicate often — that’s what I intend to do. Because I know how long it took for some decisions to be made, but it was also because we were in a very different place a year ago than we are today. We are in a much more promising space now. So I think we will be able to make decisions quicker and communicate sooner. The union partners, [for principals and teachers], are ready to jump into planning forward. That’s how I plan to kick off my official start week, with beginning to plan forward for September.

Talking about the COVID-acheivement gap, whatever that is, we’re seeing people advocate for different approaches, like remediation versus acceleration. What’s your philosophy for catching kids up?

My philosophy leans in on acceleration and enrichment for all students. I’m a Bronx girl, I led in the Bronx —there are definitely communities that continue to be disproportionately affected and we need to lean into those spaces, but we can’t forget all of our students in New York City.

There’s always a tension between education department decision-making coming out of Tweed and individual school decision-making. So, for example, the federal government is setting aside 20% of education funding for learning loss. In terms of making those plans, is that going to be a school-level decision or will Tweed come up with a menu of options?

More to come on that. But what I will say is that I will always lean into my experiences from the schoolhouse to the district office to the chancellor’s office. I know how important it is — how decisions made at Tweed affect all those places.

You mentioned all the different issues kids are facing. What’s your opinion on state tests and whether kids should take them this year?

I think we have to have a way of assessing where our students are academically. I don’t know if it’s just the state test. I think there are a lot of ways to do that.

I think that segregation is real in New York City and real in our school system. I’m not going to shy away from the really hard conversations that we need to have around increasing access and opportunities to students in New York City. There are gifted students across this city and we need to make sure that we are addressing and creating opportunities for acceleration for all students. G&T is going to be something I jump right into.

I also want to honor that we have to communicate with families around this conversation and we have to have a plan that is inclusive and acknowledges all of our communities.

That makes me think of differentiation, which is just good educational practice, but this year more than any other year, teachers have to differentiate even more because people are learning from their homes and home lives are different. The need for differentiation has amped up. It feels so difficult right now to be a teacher.

I want to shout out all the teachers across the world, but of course definitely in New York City. I come from a family of teachers and I know how hard it is in this moment. But I would also acknowledge that we have learned some things remotely that we’re going to bring in our classrooms around identifying individual student learning needs and really being able to support and identify individual gaps that students are having, and how we leverage that learning and bring that back into our new school year is going to be important.

Do you have anything more specific on how remote learning has been able to help identify where the gaps are?

In the remote world, as crazy as it feels, there’s been more one-to-one interaction, more small group instruction, so teachers have been getting directly in with students. There’s been more direct communication, and I think our students have felt more empowered to communicate what they need from their teachers.

A school safety question: Do you think the school safety division has the correct number of officers? Would you advocate growing it or shrinking it?

Which of the system’s inequities do you think is most overlooked?

This article was originally posted on Bold summer school plans, enrichment for all students