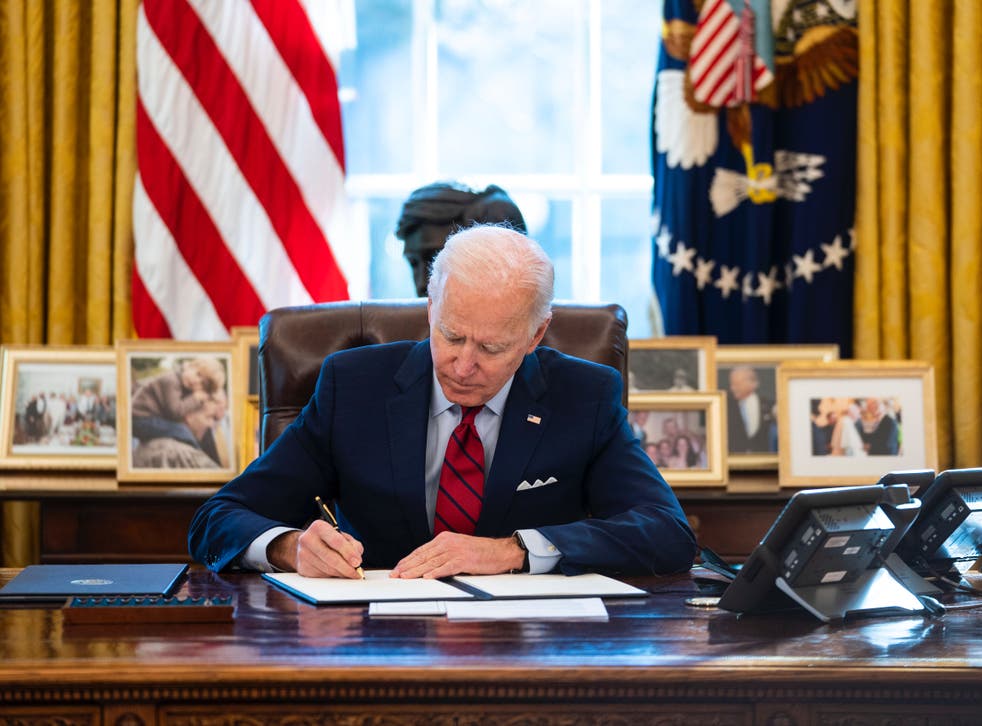 For state governments, the good news is that the American Rescue Plan recently signed by President Joe Biden will inject $350 billion into their budgets. The bad news is that it places unwise and possibly unconstitutional limitations on how states can use the money.

According to the Rescue Plan, as part of a new law or regulation, states and territories “shall not use the [federal] funds to either directly or indirectly offset a reduction in the net tax revenue.” In other words, if states want the money, they can’t pass tax cuts.

If states want to speed job creation, no tax incentives. If they want to provide additional support to local businesses, no luck. And the rule applies through 2024, well beyond the time most observers think the pandemic will be over.

Ohio Attorney General Dave Yost has filed a motion for preliminary injunction against that portion of the law. Twenty-one other Republican attorneys general have written Treasury Secretary Janet Yellen to object to the provision.

While there is precedent for the federal government to create incentives for states to act in a certain way, in a 2012 ruling that struck down conditions Congress attached to the Affordable Care Act’s state Medicaid expansion, U.S. Supreme Court Chief Justice John Roberts wrote that the federal government can’t use “economic dragooning” that leaves the states with no real option but to acquiesce.

The “direct or indirect” language in the statute could serve as a roadblock to last year’s U.S. Supreme Court ruling in Espinoza v. Montana Department of Revenue. That case finally neutralized “anti-aid” constitutional amendments in 37 states, including Massachusetts, which barred public money from in any way benefiting religious schools. The court found that if a state decides to direct aid to non-government institutions, it cannot withhold aid from institutions solely because they are faith-based.

Though wholly unrelated to pandemic relief efforts, these restrictions could potentially prohibit states from establishing an education tax credit scholarship program. Twenty-four such programs in 20 states, including New Hampshire and Rhode Island, offer credits to taxpayers who contribute to organizations that provide students with scholarships to attend schools other than their assigned public school. Almost all of the programs are need-based; they serve more than 300,000 largely poor and minority students.

High-quality research finds that education tax credit programs produce better test scores, and higher graduation and college attendance rates. In addition, 25 of the 27 studies considered in a recent literature review showed that when public schools have to compete for students, they produce better academic outcomes.

Whether it be attracting business and investment or fostering educational excellence, competition produces dynamism, and that extends to competition between states.

It has never been more important for states to foster a business-friendly environment. In Massachusetts, there are more than 300,000 people who were working in February 2020 and not in March 2021. Thus far the Commonwealth has responded with initiatives focused on making the state more competitive: freezing scheduled increases in unemployment insurance rates or waiving state taxes on forgiven Payroll Protection Program loans. It’s unclear if these moves would run afoul of the new law.

It’s one thing for the federal government to pass laws that act as a floor for states, such as with the minimum wage. It’s quite another for Congress to impose the practices of some states on other ones – particularly when the policies being imposed have been unsuccessful.

Consider New York and Illinois, two high-tax states that have become less and less competitive in recent years and offer little school choice. The new legislation cuts them a break by forcing far more dynamic states – including Massachusetts – to employ the policies that have left New York and Illinois spinning their wheels as other states roar by.

State officials may salivate over the $350 billion in aid contained in the American Rescue Plan. But receipt of that aid shouldn’t be conditioned on adopting the policies of states that have been unsuccessful in attracting investment and promoting educational excellence.

This article was originally posted on American Rescue Plan gives sates money, but ties their hands