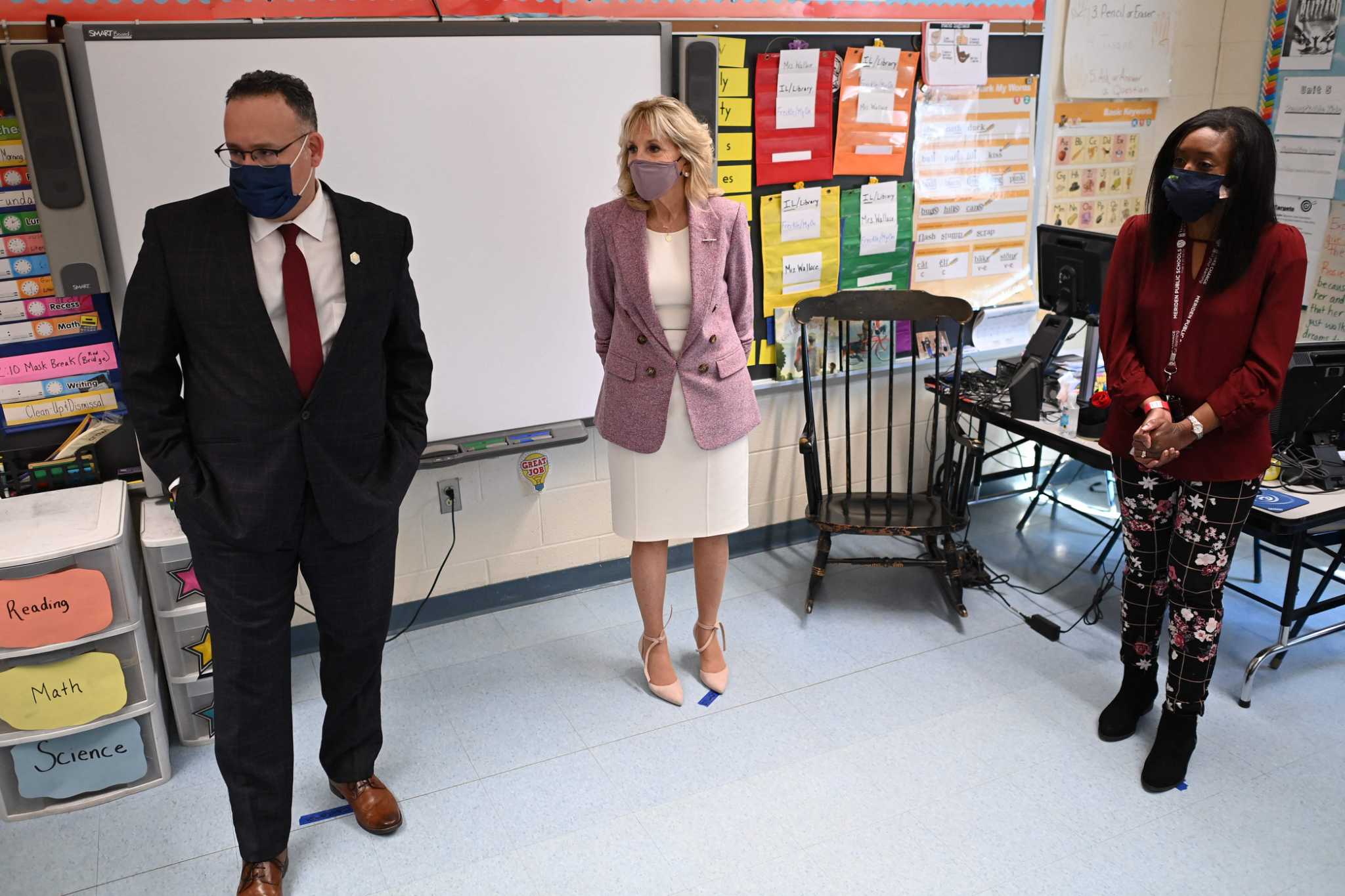 The $1.8 trillion proposal, called the American Families Plan, includes at least two dozen new programs or policy shifts. And while the most ambitious elements aren’t directly connected to K-12 education, if it becomes law, the proposal has the potential to substantially alter American students’ educational journey, starting at a very young age and continuing through post-secondary education.

The package is expected to face stiff opposition from Republicans — who blanch at the tax increases proposed to pay for it — and it may also face some resistance from those on the left who say it’s not ambitious enough. But Democrats’ control of Congress means it’s possible some elements could pass without other support.

Here are four major aspects of the plan.

1. It would dramatically expand federal support for education before kindergarten and after 12th grade.

A centerpiece of Biden’s plan is offering universal preschool to all American 3- and 4-year-olds and then offering two years of community college, free to all students. In other words, he wants to tack on four years of education that are guaranteed to be paid for by the government.

Biden also wants to increase the maximum size of Pell Grants, which subsidize college education for students from low-income families, by about $1,400. The plan includes $62 billion “to invest in evidence-based strategies” for improving college completion rates, which are often lower for low-income students and students of color. It would also add a program to lower tuition for many students attending historically Black colleges and universities, minority-serving institutions, and tribal colleges and universities.

Biden argues that these investments — including $200 billion for preschool, $109 billion for community college, and $80 billion for Pell Grants — will pay off, leading to economic growth. (The costs for pre-K and community college would be shared with states — something that could become a big hurdle in places resistant to more spending.)

Research shows that financial aid and intensive support in high school and college can boost completion rates, although effective programs are quite costly. However, studies have also shown that scholarship programs that encourage students to attend schools with lower graduation rates, like community colleges, can actually reduce their chances of earning a degree.

Research also suggests that students enter kindergarten more prepared if they have attended pre-K, though there are continued debates about the long-run effects of these programs.

2. It would offer more children free meals at school and during the summer.

The plan seeks to make it more appealing for schools to opt into a federal program that allows all children in a given school to receive free meals, regardless of their family’s income. It also would lower the threshold for universal free meals in elementary schools from 40% of students whose families receive food benefits to 25%. The administration says those moves would mean free meals for more than 9 million additional students.

Biden also wants to offer all low-income families direct food subsidies during the summer, by adding $25 billion to a program known as Summer EBT.

3. It would extend anti-poverty programs for families with children.

The Biden administration wants to permanently ensure that the lowest income families are eligible for a direct payment to support their children. Previously, the Child Tax Credit excluded families who didn’t pay much or anything in federal taxes, effectively leaving out the poorest families and their children. The proposal would ensure that all low- and middle-income families with children received direct support.

Biden would also increase the size of that payment for five years. It would rise from $2,000 per child to $3,600 for children under 6 and $3,000 for older children. This would essentially extend a change included in Biden’s stimulus bill.

Research has found that children do better in schools when their families receive direct government assistance, and expanding the child tax benefit has been estimated to substantially reduce rates of child poverty, which are highest among children of color.

It’s not clear whether the plan would reduce the administrative burden of this benefit, though, which has worried some experts. Families must file taxes in order to claim it, even if they don’t owe federal taxes. That could lead to families that qualify not accessing the program, reducing its anti-poverty benefits.

4. It would try to encourage more people to become teachers.

Biden also wants to invest $9 billion “to train, equip and diversify American teachers.” The plan would double federal TEACH scholarships for prospective teachers from $4,000 to $8,000; invest $2.8 billion “grow your own” and teacher residency programs; pour $1.6 billion into helping teachers obtain additional certifications in areas like special education and bilingual education; and offer $2 billion for mentorship programs and other ideas that “leverage teachers as leaders.”

Ultimately, though, $9 billion is a small sum in the scheme of Biden’s plan and in the scope of the several hundred billions spent on education each year. That means it’s not at all clear how much of a difference these programs would make. Research has also found little or inconsistent evidence that additional credentials improve teacher quality.

The proposed initiatives don’t directly address what may be one of the biggest challenges for recruiting and retaining effective teachers, particularly in math and science: the low salaries compared to other jobs available to college graduates.

Separately, Biden has proposed more than doubling the federal Title I program, which sends money to schools serving low-income students, from $16.5 billion to $36.5 billion. Some of that money could go to increasing teacher pay.