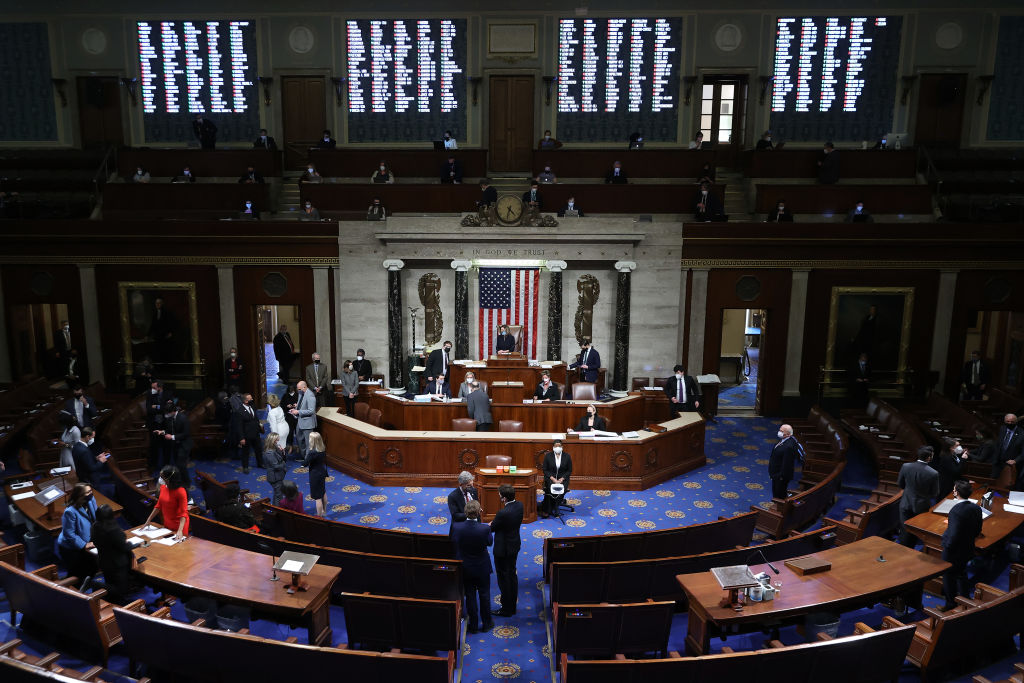 11 questions about how the American Rescue Plan will affect schools, answered

A massive stream of federal money is on its way to schools across the country.

On Thursday, President Biden signed the $1.9 trillion American Rescue Plan into law. The package includes close to $130 billion for K-12 education, as well as a number of other provisions that will affect schools.

There is a lot to dig through. Here’s our breakdown of what the package means, who will get more money, how it can be spent, and all of the in-the-weeds details that matter.

1. How much will my school district get?

As a rough rule of thumb, districts can expect approximately 2.2 times whatever they got from the last federal aid package. (This accounts for the funds that will be distributed through the Title I formula, which is most but not all of the new money.)

Like the prior relief bills, the money is distributed in a way that closely tracks poverty, which will lead to large differences in what school districts get. Although the average new funding per public school student is $2,500, some high-poverty districts will get several thousand dollars more per student.

For instance, Los Angeles schools will be getting over $6,000 per student, according to an analysis by EdSource, while Chicago will receive about $5,200 per student.

Keep in mind that since districts will be in charge of most of the money, it’s impossible at this point to estimate how much a given school will receive.

2. What can the new money be used for?

A lot of different things — there’s significant flexibility here. Schools can use the money for:

The one notable restriction: Districts must use at least 20% of the money to address learning loss. Examples of this mentioned in the law include “summer learning or summer enrichment, extended day, comprehensive afterschool programs, or extended school year programs.”

3. How much will schools get in total?

This aid package earmarks $128 billion for K-12 education. Any way you slice that, it’s a lot of money, especially considering this is in addition to the two prior relief packages, which sent nearly $70 billion to schools.

A few ways to think about that figure:

4. How does all that money get divided up?

There’s a separate $2.58 billion going to states to support students with disabilities.

Lastly, $2.75 billion is set aside for private schools. This money, distributed by governors, is for those schools serving a “significant” number of students from low-income families.

5. How long do districts have to spend all this money?

Districts will have until October 2024 to allocate funding from the bill, according to a U.S. Department of Education spokesperson.

6. Could this new federal money just be canceled out by state cuts to schools?

It’s unlikely that most states will have to cut budgets this year, especially since the new package includes $350 billion for states and cities on top of the money for schools. States are also in better financial shape than many expected they would be.

If they wanted to cut state funding anyway, particularly to the high-poverty school districts set to receive a lot of federal help, states are going to run into a number of restrictions.

This legislation, unlike the previous two relief packages, bars states from making deeper cuts to high-poverty school districts compared to other districts. States also can’t make any cuts at all, relative to 2019 funding, to its highest poverty districts. This is designed to guard against what happened during the Great Recession, when high-poverty districts saw the deepest budget cuts.

States also cannot reduce the share of their budget devoted to education. They can seek a waiver from the U.S. Department of Education from this, though.

7. Do states have to compete for any money, like they did with Race to the Top?

Nope. A provision to that effect initially proposed by Biden was ultimately nixed. A number of education groups privately opposed the idea.

8. Will this help schools close the gaps in internet access that made remote instruction challenging?

Yes. In addition to the direct money to schools, the bill includes $7 billion to create an Emergency Connectivity Fund through a program known as E-Rate, which subsidizes internet access for schools and libraries. Schools that participate in the program can use the new money to help students and teachers access the internet at home.

9. How will the bill affect children and their families outside of school?

Most notably, it temporarily expands direct payments to families by boosting the amount from $2,000 per child to $3,000 (or $3,600 for children under the age of 6). It also makes very low-income families eligible for this program for the first time.

Further it provides direct payments of $1,400 to most individuals, and extends increases in unemployment benefits.

Combined, these measures are projected to reduce the share of children who fall below the federal poverty line (which is set at $26,500 for a family of four) — from 13.7% to 6.5%. Black Hispanic children are likely to see the biggest declines in poverty.

That could both improve children’s lives and make a difference in schools. A number of studies have found that children do better academically when their families receive extra income or benefit from anti-poverty programs.

10. Will this money actually get more school buildings open?

There’s reason for skepticism on this front, even though President Biden has argued that that’s why this money is necessary. In short, it’s not clear funding — as opposed to concerns about safety from families and teachers — is what has kept some school buildings closed. Plus, it will be difficult for districts to spend this new money fast enough.

For instance, the Biden administration has suggested schools could use the new money to hire many more teachers to accommodate physically distanced classes. But we are at the tail end of the school year and hiring many more teachers takes time, as does building more classrooms.

Regardless, every district does have to create and post a “plan for the safe return to in-person instruction” within 30 days of receiving the new funding.

11. Will this money actually work to address learning loss?

Well, that is the $128 billion question.

Research, including a new paper reviewing dozens of studies, shows that students tend to make more progress when their schools are better funded. Some strategies that schools are considering, like small-group tutoring or an extended school day, have a track record of success.

On the other hand, this legislation provides a lot of money that must be spent in a relatively short time. That could make it harder for schools to spend these dollars effectively, or make permanent investments in things like lower class sizes or more school counselors. And one recent analysis suggests fully catching students up will cost even more than the massive sum Congress has already allocated.

This article was originally posted on 11 questions about how the American Rescue Plan will affect schools, answered