Home » Knudsen gets the nod for attorney general 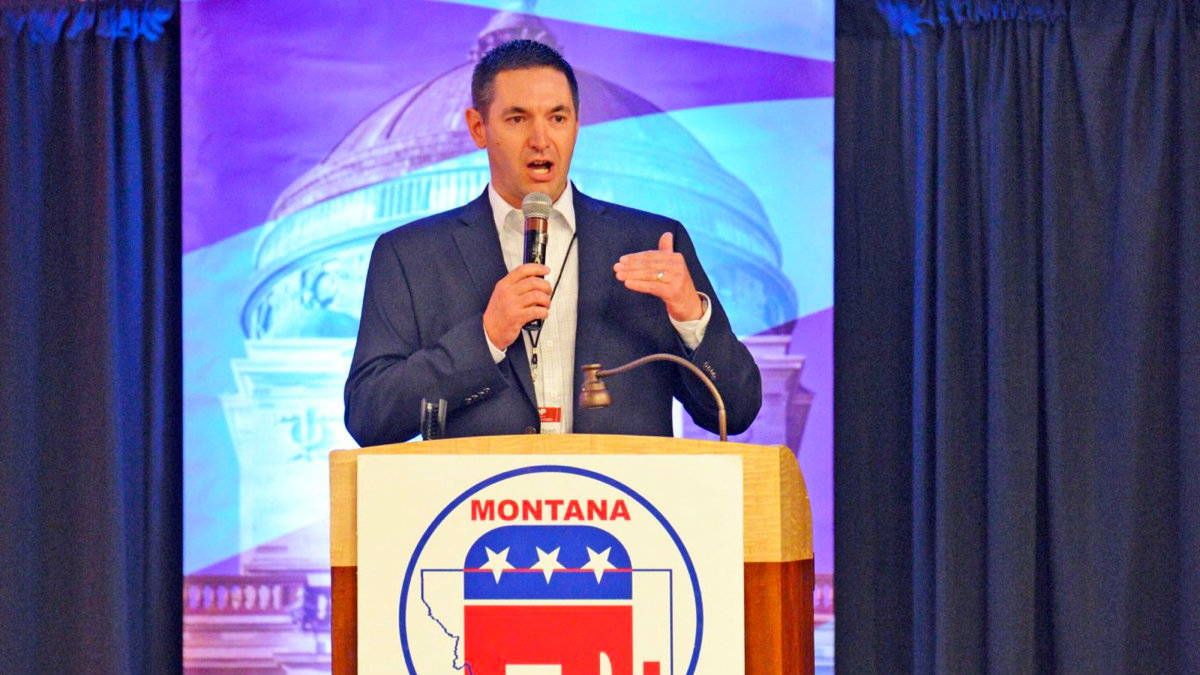 Knudsen gets the nod for attorney general

“This race was about law and order and protecting our Montana way of life,” Knudsen said in a written statement. “I’m thankful to have the opportunity to serve.”

This story was updated at 9:30 a.m. on Nov. 4 to reflect the most current vote counts.

“Thank you, Montana, for trusting me with the responsibility of serving as your Attorney General,” Knudsen said in a written statement. “This race was about law and order and protecting our Montana way of life. I’m thankful to have the opportunity to serve.”

Knudsen, 39, watched the election results come in at a campaign event in Bozeman, alongside Republicans Greg Gianforte and incumbent U.S. Sen. Steve Daines, who won their respective races.

Knudsen, of Culbertson, has spent several months pitching himself to voters as a tough-on-crime prosecutor with staunch conservative values. He has pledged to tackle rising meth use across the state and related crime, largely by supporting President Donald Trump’s efforts to secure the U.S.-Mexico border. As head of the Department of Justice, Knudsen has said he would continue ongoing drug enforcement efforts that involve the Montana Highway Patrol and Division of Criminal Investigations.

“I think it’s really important that the attorney general in Montana be someone who’s experienced in this area,” Knudsen said in an interview with Montana Public Radio, referring to prosecution of meth-related cases. “Someone who’s dealt with the issue firsthand and someone who’s, you know, frankly, put drug dealers behind bars.”

Knudsen has worked as the Roosevelt County Attorney since 2018. Previously, he was a private attorney who served in the state Legislature from 2011 to 2017, where he spent his last two terms as Speaker of the House. During that time, Knudsen was heavily involved in budget negotiations, including proposing contentious cuts and shepherding major legislation.

Since entering the race for attorney general, the former House Speaker touted his sensibilities as a fiscal conservative. He proposed streamlining budgets within the Department of Justice, which he has described as bloated, pointing much of his criticism at the Central Services Division and the Motor Vehicle Division. CSD, which handles human resources and payroll for the department, has not seen its budget grow substantially over the past seven years and accounts for less than 3% of the department’s overall budget. MVD has an annual operating budget of more than $24 million and remains a source of revenue for the state, according to data provided by a Department of Justice spokesman.

“I’m really looking at the fact that we’ve really dramatically increased spending in Helena in the last eight years,” Knudsen told MTPR. “At the same time, violent crime is rising dramatically in the state. So we’re not getting a good value for our tax dollar there.”

Knudsen’s pledges to tackle crime and Helena bureaucracy won him support from a slew of Republicans and conservative groups across the state, including the Great Falls Police Protective Association, some current and former sheriffs, and the Montana Shooting Sports Association.

“We [have] faith that he will protect the rights of the individual law enforcement officer and stand up to bureaucratic pressures due to his experience in law enforcement and legislation involvement,” said Katie Cunningham, president of the GFPPA, in an October endorsement.

Knudsen was significantly outraised and outspent by his Democratic opponent. Graybill, who secured more out-of-state donations than Knudsen, raised more than $725,000 over the course of his campaign, dwarfing Knudsen’s haul of roughly $400,000, according to the latest campaign finance statements.

Knudsen and Graybill were also split on whether to accept financing from corporate political action committees (PACs); Knudsen accepted such contributions while Graybill did not. The Democrat has criticized Knudsen for taking $720 in direct contributions from the tobacco industry, which he said presents a conflict of interest regarding a lawsuit Attorney General Tim Fox filed against major tobacco interests in April, which could amount to a multi-million-dollar settlement for Montana. Knudsen dismissed Graybill’s attacks, but told Montana Free Press he would choose to fire the lead attorney on that case, who has been retained by the state, and continue the litigation solely with DOJ attorneys.

Early Wednesday morning, Graybill released a statement thanking his supporters and congratulating Knudsen. “His success as Attorney General is Montana’s success, and I wish him the very best,” Graybill wrote.